Naagin 6: This time Naagin will fight Against pandemic 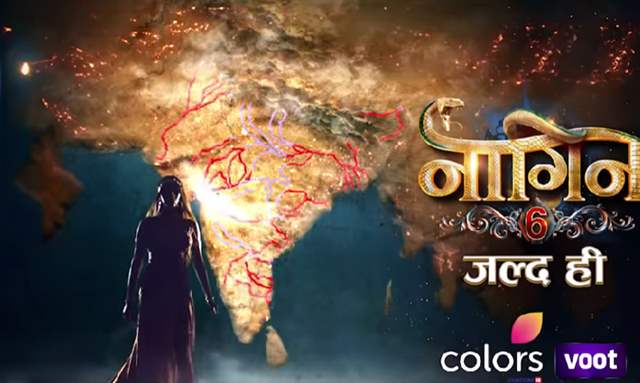 Naagin 6 is creating a huge buzz among television lovers. The upcoming season of the show is one of the most awaited seasons. Fans were extremely curious about the plot and cast of the show. To fuel the curiosity the channel has launched a new promo. Check out complete details about it below.

Naagin 6: This Time Naagin Will Fight Against Pandemic

According to exclusive sources it was revealed that the new season of the show will be based on Pandemic and in the new promo we can clearly see that. Colors posted the promo, along with the caption “Desh Ki Raksha Karne Ke Liye, Zhen Bann Kar Zeher Ko Hi Khatam Karne Aa Rahi Hai Naagin, Phir EK Baar! Naagin6, Jald Hi #Colors Par.

In the teaser, we see someone throwing something into the sea, which becomes red and spreads all over the place, implying that it is all over the world. Following that, men are seen discussing the spread of the virus, with one saying, “Padosi desh, ek virus ko hathiyaar banakar, har taraf mahamaari faila dega.” “Kaun karega isse hamari rakhsha?” a monk is seen asking.

After all, there are still some uncertainties regarding who would portray the Naagin, and one of the most common names we’ve heard is Rubina Dilaik, among others. There have also been rumors that Mouni Roy will return to the franchise, although no confirmation has been given. In fact, Kapoor recently stated that she still hasn’t decided on a name.

The tv show will be on screens in a few weeks. More updates about the cast and broadcasting schedule will be available on the page here.