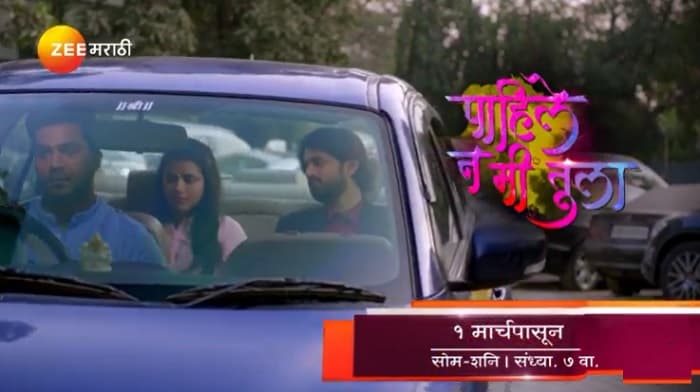 Pahile Na Me Tula is the upcoming show on an Indian television network. The show is going to be a telecast of the popular channel Zee Marathi. Pahila Na Me Tula Starting on Zee Marathi, Cast, Story, Promo, Timing.

Pahile Na mi Tula is going is an interesting Marathi story rolling out soon on television screens. Check out more information about the show Pahile Na Mi Tula here on this page. To know more about the show cast, story, telecasting details here.

The cast of the show has a popular actor Shashank Ketkar. Shashak will be playing the role of boss in the show.

Shashank rose his fame with the show Honar Sun Mi Hya Gharchi. He was popular for his role as Shree in the show. Shashank was last seen in the show He Mann Baware pairing opposite to Mrunal Dusanis.

Tanvi Mudle will be playing the role of secretary of Shashank in the show. She is in a female lead role in the show. Tanvi is a popular theatre actress.

Aahasy Kulkarni will be playing an important role in the show. Aashay was recently seen in the role of Suyash in the currently running show of Zee Marathi Majha Hoshil Na.

Pahile Na Me Tula is a love story. It is an interesting story as the promo of the show has Shashank Ketkar as the boss of Tanvi Mudle. On the other hand, Tanvi shares a relation with Aashay Kulkarni in the show.

Aashay and Tanvi plan to meet after their work however, Aashay turns out to be the chauffer of the cab in which Tanvi and Shashank are travelling.

Aashay turns the mirror of the car to which Shashank asks him to turn the mirror on another side. It is an interesting blend of the story.

The show is a telecast of the popular channel Zee Marathi. Pahile Na Mi Tula will be airing on Zee Marathi from March 1, 2021.

The show will air at 7:00 PM from Monday to Saturday.

You can also enjoy the streaming of the show on digital platform Zee5.