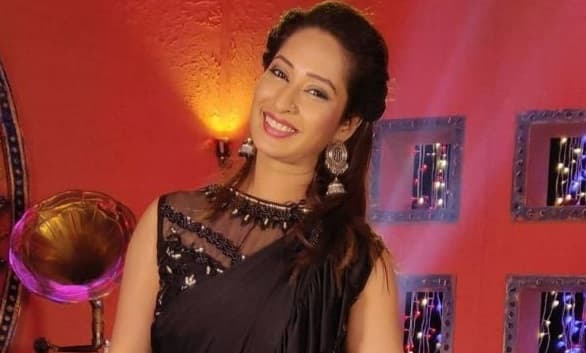 Priya Marathe is all set to make a comeback on TV screens with a popular Marathi TV show. The actress will be joining the cast of Zee Marathi’s popular tv show Yeu Kashi Tashi Mi Nandayla. According to sources, we will play a key role in the show. Fans are definitely excited to see her back on screens. Here are some details about Yeu Kashi Tashi Mi Nandayla Cast, Episode, Repeat Telecast on Zee Marathi

Priya Marathe is one of the popular Actresses on Marathi and Hindi television screens. she has been part of several movies also. The actress played key roles in the shows like Pavitra Rishta, Kasam Se, Bade Acche Lagte Hain. She was recently seen in Swarajya Janani Jijamata and Almost Sufal Sampoorna. The actress has a huge fanbase. her fans are definitely excited to see their back on screen.

Priya Marathe has shared her look from the show on her Instagram. And she also asked fans to tell what they think about her new character and new look

Yeu Kashi Tashi Mi Nandayla features an interesting Love Story. The TV show revolves around Omkar who hails from a rich family and Sweetu who is from a poor family. She faces criticism due to her weight.