Parivar League to release on this date 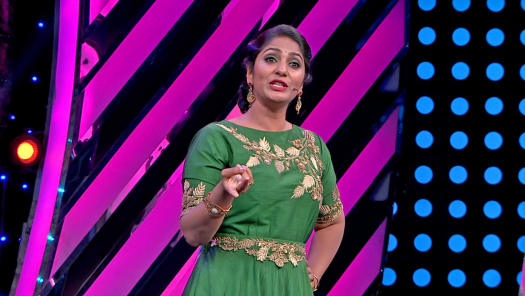 Star Maa is all set to come up with the new season of their iconic show very soon. The channel is gearing up to launch the 3rd season of the Parivaar league. The official starting date of the show is finally out. Check out complete details about it below. Also, find out more information about the online telecast of the show.

Parivar League To Release On This Date

Parivar League season 3 will release on the 6th Feb. The tv show will broadcast at 1:30. The first two seasons of the show were huge hits. Jhansi will be seen as the presenter of the show. She was also seen in the 2nd season of the show. which completed their 52 episodes successfully. While the first season of the show has a total of 44 episodes.

The channel that will telecast the show has confirmed this with a teaser that shows Janaki Kalaganaledu’s team having a blast with  Jhansi.

The series was put on hold due to the pandemic, which caused a few big changes in television programming. Since then, several celebrities have recovered from COVID-19. With the Telugu television industry resuming normality and even shooting outdoor events with the required precautions, Jhansi’s Parivaar League season 3 is set to premiere soon.

Jhansi’s successful return to her forte after her scheduled hiatus was acknowledged by the Parivaar League in April of 2019. The Telugu TV series’ inaugural season was won by Team Karthika Deepam.

Jhansi eventually became known for its theatre and Telugu films.

Stay tuned with us to get the latest updates from new tv shows. Also, find out more details about the auditions of the upcoming television reality show.