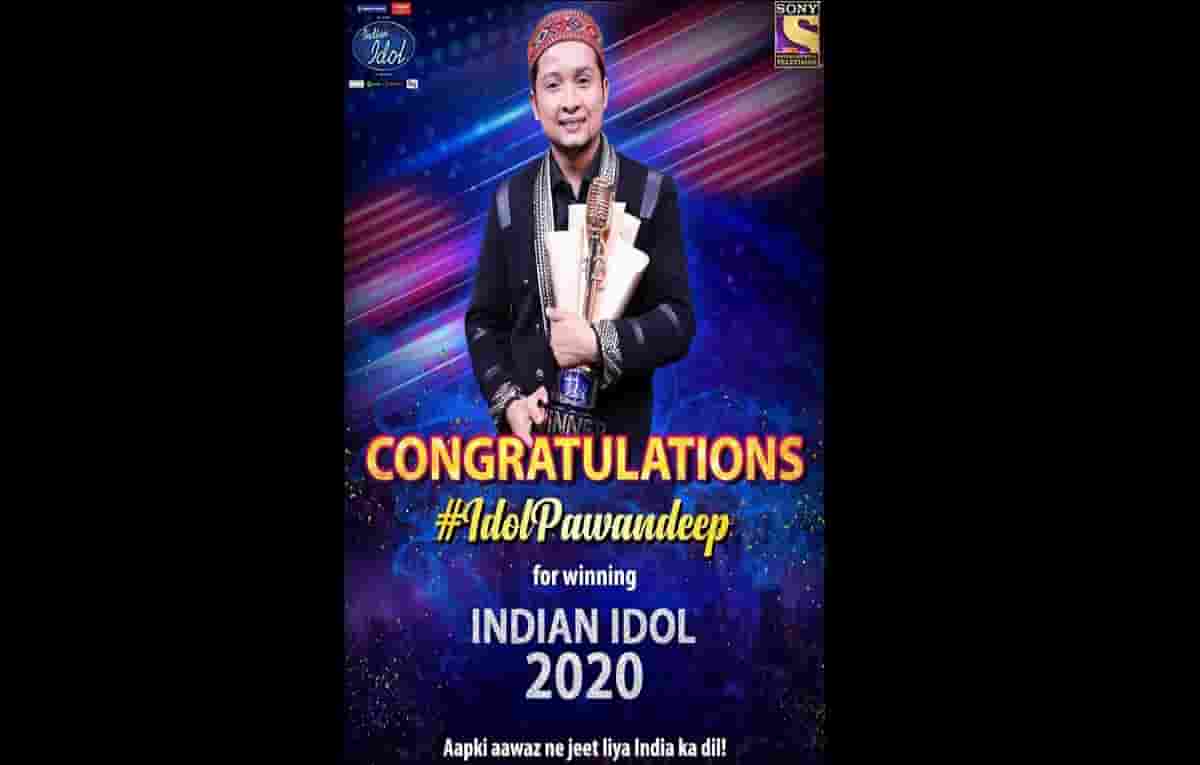 Indian Idol 12 hosted its grand finale episode on 15 August 2021. It is for the first time ever the episode was 12 hours long. Uttarakhand’s Pawandeep Rajan lifts the winning trophy for Indian Idol 12.

He makes it to the winner of season 12 where he bags a cash prize of 25 Lakhs rupees along with a brand new car. He has not just won the trophy for the season but he is also a winner of millions of hearts.

Pawandeep Rajan has a soothing voice where he is not only a singer but also an instrumentalist. He plays many instruments along with singing. The singer got famous right from his audition singing where his video got viral.

The first runner-up for the show is Arunita Kanjilal and the third runner up is Sayli Kamble where they both have a melodious voices.

The finalist for the show is Pawandeep Singh, Nihal Tauro, Mohd Danish. The other finalist is Arunita Kanjilal, Sayli Kamble, Shamukha Priya.

The grand finale for the show starts at 12:00 PM and continues for 12 hours where it was music all over the stage. Bollywood celebs Kiara Advani and Siddharth Malhotra grace the event and promotes their upcoming film Shershaah.

All the finalists sang songs with the music legends of the industry Alka Yagnik, Udit Narayana, Kumar Sanu, Sukhwinder Singh, and many more.

The judges for the show Sonu Kakkar, Anu Mallik, and Himesh Reshammiya added the extra element with their singing. Grand Finale day is co-host by Jay Bhanushali and Aditya Narayan.

The power couple of television Harsh Limbachiyaa and Bharti Singh adds the fun element to the show. Bharti the laughter queen leaves no thread with her stupendous comedy.

Singing sensation Javed Ali and multitalented Raghav Sachdev grace the event with their melodious voice. The show also has the great Khali in the event.

For more latest updates about the Indian entertainment industry and more audition details stay tuned with us…!!