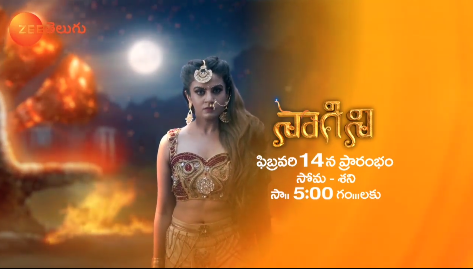 There’s some excellent news for you Naagini 2 fans out there. The Kannada mystical fiction will be dubbed in Telugu very soon. Naagini 2 will be broadcast on a popular Telugu entertainment channel. The channel has also produced a Telugu promo for the show. Fans of Kannada supernatural fiction are overjoyed at the news. The official starting date of the show is also out. The official starting date and broadcasting schedule of the show is out. Check out complete details about the release date, broadcasting schedule of the show. Also, find out more details about the cast and plot of the show.

In South India, Nagini 2 has a large following. The plot of the TV show is intriguing. As a result, the show’s creators have opted to broaden its appeal. As a result, the Telugu version of the show will be released very soon. It will be fascinating to observe how well the Telugu version of the show performs. The show’s promos have left fans ecstatic. Those who haven’t seen Nagini 2 are likewise looking forward to seeing it.

The fiction drama follows a shape-shifting female serpent who vows to avenge her love, who was slaughtered for the purpose of Naagamani, by selfish humans.

The Telugu version of the show will release on 14th February. And it will be on air at 5:30 Pm.

In this TV show, Namratha Gowda played the lead role. In the show, Jayram Karthik portrayed Adishesh. Marina Tara, Mohan, Swathi, among other actors star in the show’s second season.