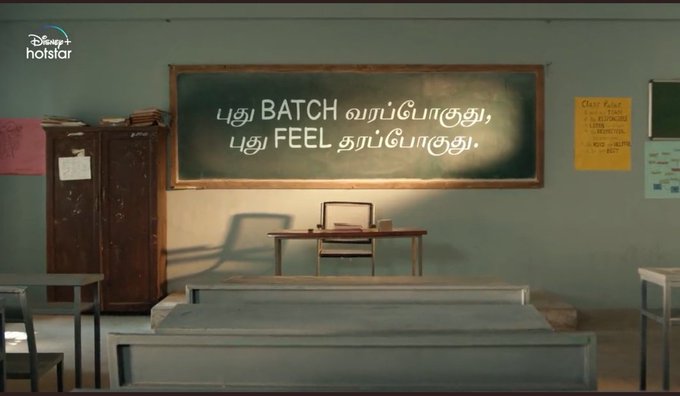 One of the popular Tamil TV shows Kana Kaanum Kaalangal is all set to come back on screen with the new edition very soon. The TV show broadcasted 15 years ago. And it is still popular among fans. Fans are extremely excited to watch the new edition of the show. Check out complete details about it below. Also, find out the expected starting date of this TV shows.

Kana Kaanum Kaalangal is one of the iconic daily soap Operas on the Tamil television network. The TV show had a few sequels also. and it was broadcasted on Star Vijay super now. The makers of the show are all set to bring the new season. And it will be launched in the month of January 2022. It is expected that it will be available on the OTT platform only. The upcoming season of the Kana Kaanum Kaalangal will have many talented new actors.

The promo of the show is released. and Disney plus Hotstar Tamil have also made official announcements on their social media channels. They shared the promo and caption with “the school gets reopen again after 15 years”. “A reminder of beautiful moments from our school days”

The promo of the show have received a huge amount of positive response from the fans. It will be interesting to see if the new season of the show will get the same response that the TV show got 15 years.

Stay tuned with us to get the latest of this from new TV shows. Also, don’t forget to check out the audition updates of upcoming television reality shows.