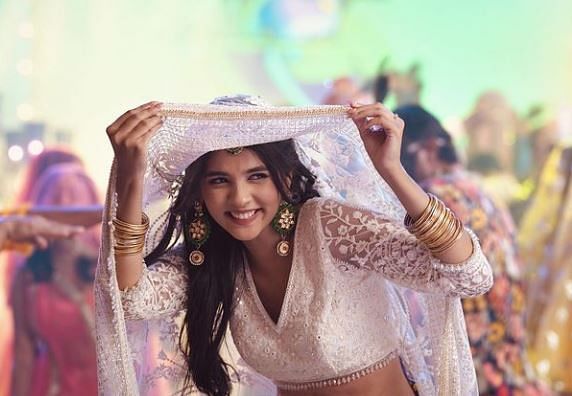 Pranali Rathod is currently playing the role of Akshara in Yeh Rishta Kya Kehlata Hai. The TV show is currently one of the popular TV shows right now. and it is featuring a very interesting track. In an exclusive interview with Indiaforums, Pranali Rathod opened up on playing Akshara in the show. Check out complete details about it below.

Yeh Rishta Kya Kehalata Hai is one of the top 5 TV shows right now. The TV show is currently focused on the new generation. The plot of the show revolves around Aarohi, Akshara, and Abhimanyu. and all of these three characters are getting a huge amount of love from fans. Fans are looking forward to know what will happen to their story ahead.

Pranali Rathod is getting praised by fans and critics for her acting skills. she is playing the role of Akshara, who is a very understanding and kind girl. She is very similar to Naira and Akshara.

She was asked on been portraying the emotion she doesn’t feel relatable to them. so the actress said “yes it does get difficult for me to portray an emotion that is not relatable to me. but thanks to Rajan Shahi sir, director Kut production, and thanks to everybody on the set even my co-actors. They help me a lot with everything.”

you can also catch the online telecast of the entertaining episodes of the show at any time and anywhere. Hotstar’s official website and App will provide an online broadcast of the show. you can download the track for more convenience.