Prem Bandhan to go off air: here’s when you can watch the last episode of the show 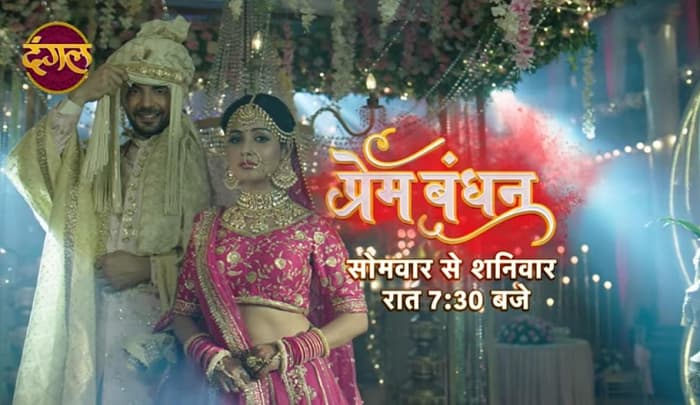 Prem Bandhan is one of the popular tv shows. According to exclusive sources, it is reported that the tv show will go off air very soon. here’s when you can watch the last episode of the show. So, check out complete details about it below.

Prem Bandhan premiered on the 30th of November on Dangal TV. The tv show has got a huge amount of love from the audience. While recently it was doing even great. but suddenly the makers of the show decided to put a plug on the show. Fans are extremely disappointed by this news. While the star cast of the show is also very upset.

Prem Bandhan to go off air: here’s when you can watch the last episode of the show

The last episode of the Prem Bandhan will broadcast on the 12th of June. The tv show has successfully completed its journey of over six months.

The plot of the Prem Bandhan revolved around Janki Shastri and her husband Harsh Shashtri. on her wedding night, Janki discovers that her husband is mentally challenged. While the tv show has many talented and hardworking actors in the lead role. Chhavi Pandey played the role of Janki Shastri. While Manit Joura played the male lead role. He portrayed the character of Harsh Shatri.

In an exclusive interview with E times India, Monika opened up on the show going off-air. She said “It was sudden and unexpected. but at the end of the day, it is the channel’s call and we have to follow it. The show has a really good script and I was playing a positive role, Viewers loved my character, Vandana in the show. In my earlier shows, I always played the negative characters and became comfortable playing them. so, when I was offered a positive role I was nervous about whether I would be able to essay it well. But I am glad that our hard work struck a chord with viewers. The show was close to my heart. and I will miss shooting for it. “

Stay tuned with us to get the latest updates from the new tv shows. Also, don’t forget to check out the audition updates of upcoming television reality shows.