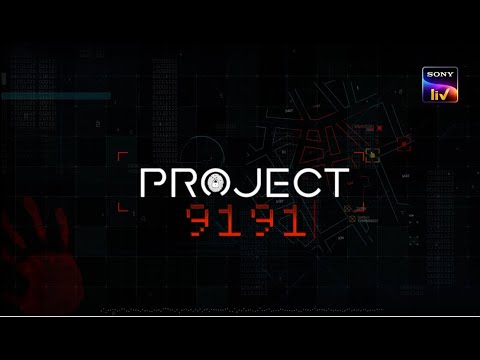 Sony Liv is one of the popular OTT platforms. They have released web series like The scam 1992, college Romance season 2, Undekhi, Girls Hostel Season 2, JL50, Avrodh and the list goes on. now Sony Liv is all set to come up with another Masterpiece titled as project 9191. The trailer of the show is out. Check out the release date of this series. And also find out more information related to the plot and storyline of the show.

The project 9191 will be a crime thriller drama. it will feature a talented team of officers. That is working towards eliminating crimes before they happen. DCP Amitabh Sinha aims to eliminate crime from every corner of the city. It will be fascinating to see how they will tackle these problems with a single clue.

One of the reasons to watch this series is it’s stellar Star Cast. Project 9191 will have one of the talented actors in a leading role. It will feature Satyajit Sharma, Vaibhav Tatwawaadi, Trishna Mukherjee, Abhishek Khan in pivotal roles. While Jagat Rawat and many more will also play a crucial role in the show. The name of the full cast members of the show will update on the page very soon.

The Exclusive teaser of project 9191 is out. and fans are extremely excited to watch this new project. Project 9191 released on 26th March on Sony LIV. To watch this exclusive series, you will need to sign up for the premium membership of Sony LIV. You can visit the Sony LIV official website and app to get detailed information about their subscription plans

There are so many entertaining web series that will launch soon. So stay tuned with us to get the latest updates from the upcoming projects and TV shows. Also, don’t forget to check out audition updates of an upcoming television reality show.