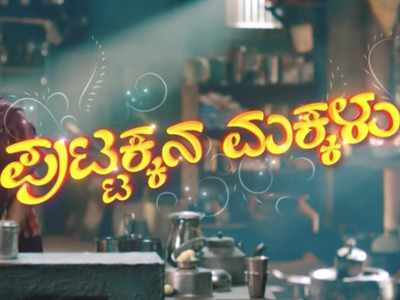 Zee Kannada is all set to come up with the brand new TV show very soon. The upcoming project on the channel is titled as Puttakkana Makkalu. The promo of the show are receiving a huge amount of positive responses from fans. and fans are curious to know when the TV show will release. so here are complete details about the official starting date and timing of the show. also, find out more information related to the serial cast and plot of the show here.

The story of Zee Kannada’s Puttakkana Makkalu will be very interesting and entertaining. The tv show has a heartwarming plot. The story of the show revolves around a lady, who works hard in the kitchen for everyone. she makes sure everyone is happy. but in her personal life, she faces a lot of issues. and no one is there to support her. so the TV show will feature how she manages to be happy in her life.

Veteran actress Umashree will play the lead role in the show. While Sanjana Burli will be seen in a key role in the show. She will be playing the role of Umashree’s daughter. The TV show has actors like Shilpa Savasere, Anjana, Pavan Ravindra will be part of the show.

Puttakkana Makkalu MI TV screens on 13 December. The TV show is expected to broadcast on every Monday to Friday at 9:00 p.m.