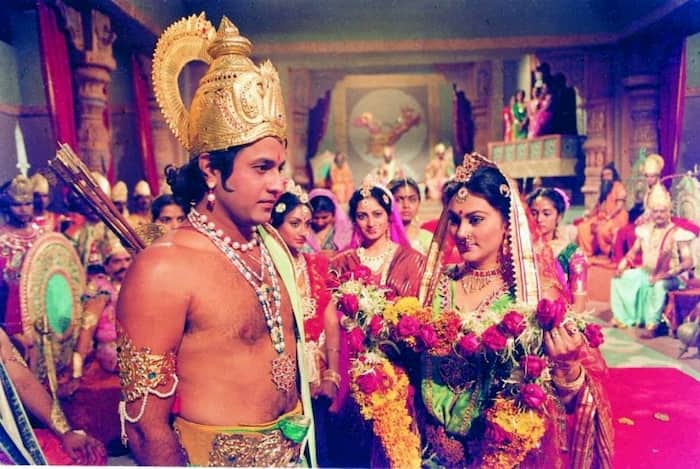 Ramanand Sagar’s Ramayan has won the hearts of millions with the show. The show is not just the story about lord Rama but it is also a lesson in life. We get to learn many things with Ramayan.

The show during the telecasting period for the first time was a very popular show where you could see everyone gluing up to the television. The story is delivered in a beautiful way using all the emotions and lessons for life in the correct way.

Ramanand Sagar Ramayan on Star Pravah from 8 June in Marathi

The show will be telecasting on the popular channel Star Pravah. The channel has given many hit shows until today. The decision to re-run the Ramayan on the channel is one of the best decisions of the channel.

Ramanand Sagar’s Ramayan will be airing from June 8, 2020. This is the Marathi dubbed version of such an iconic and historic show. You can enjoy this show every day on the popular channel Star Pravah.

You can enjoy the show along with your kids as it is very important for today’s generation to watch such shows and learn from them.

The decision of the channel to introduce the show on the Marathi channel with the dubbed version is the great one. And also it will be adding up to the entertainment level of the audience during the lockdown period.

As we all are aware that the country is one lockdown due to coronavirus break. The shooting of currently running shows have come to a halt as a safety measure of this outbreak. In such a period channels are coming up with the re-run of the old and popular shows for the entertainment of the audience.