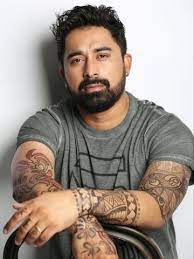 Shatak India is creating a huge amount of buzz among television lovers. The TV show is a highly anticipated and most awaited show of the Indian television screens. Shark Tank is one of the most popular entrepreneurial theme television reality show in the world. According to exclusive sources, the makers of the show have roped in Rannvijay Singha to host this TV show. Check out complete details about it below.

Ranvijay Singha will be seen as the host of this tv show. The officials have not revealed the confirmed names of hosts. But he has been spotted shooting in film city. While his close friend has also shared the promo of the show. he is one of the popular television personality and VJ. He has presented MTV Roadies, MTV Splitsvilla, Ace Of Space, and many more TV shows.

Shark Tank India will hit TV screens on the 20th of December. The TV show will broadcast on every Monday to Friday at 9 p.m. and it is going to replace Kaun Banega crorepati. The TV show will give an opportunity to entrepreneurs to present their ideas to investors also known as Sharks. They will decide whether to invest in that business or not.

Many talented and prominent entrepreneurs will be seen as the Sharks (judges). Aman Gupta, Peyush Bansal, Ashneer Grover, Vineeta Singh, Namita Thapar, Anupam Mittal will be the Sharks in the show.

You guys can also catch the online telecast of the show at any time and anywhere. Sony Liv’s official website and App will provide the online broadcast of the show. You can download Sony live app from the Google Play Store and App Store.

Stick around with us to get the latest updates from the new TV shows. Also, don’t forget to check out the audition updates of upcoming television reality shows.