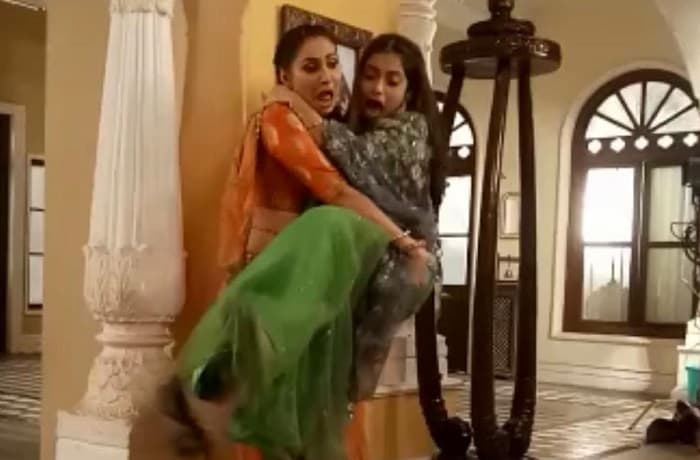 Mumbai, 16 December 2020: Actors have a very hectic schedule. But it is the fun with their co-stars on and off screen that makes the whole process easier. They pull each others leg, play pranks on each other even during scenes that eventually become beautiful memories. Actor Rishina Kandhari who plays Imarti Kothari in Dangal TV’s Aye Mere Humsafar shares an incident that happened during a shot that she can never forget.

Imarti (Rishina Kandhari) and Divya (Pooja Singh) plan to play a prank on Vidhi (Tina Philip) by bursting crackers around her. But turns out Vidhi is the smarter one and throws the crackers back on them when Divya and Imarti weren’t aware. This leads to crackers bursting very close to them and Divya gets so scared that she jumps on Imarti.

Sharing the super fun story behind it, Rishina says, “It already was a very fun sequence to shoot as Pooja and I both had to play a prank on Tina. But Pooja jumping on me was a very impromptu and sudden move and everyone seemed to love it. Even we had not planned on doing it. We laughed out loud on that after the director called a cut. People called me Baahubali as they couldn’t believe I could lift a whole human. I mean I do lift about 25 kgs in the gym but never more than that. I really don’t miss gyms anymore as I am getting to work out on the set itself.”

As the shot had to be covered in various angles, Rishina lifted Pooja for about 11 times. That is indeed a Baahubali move.