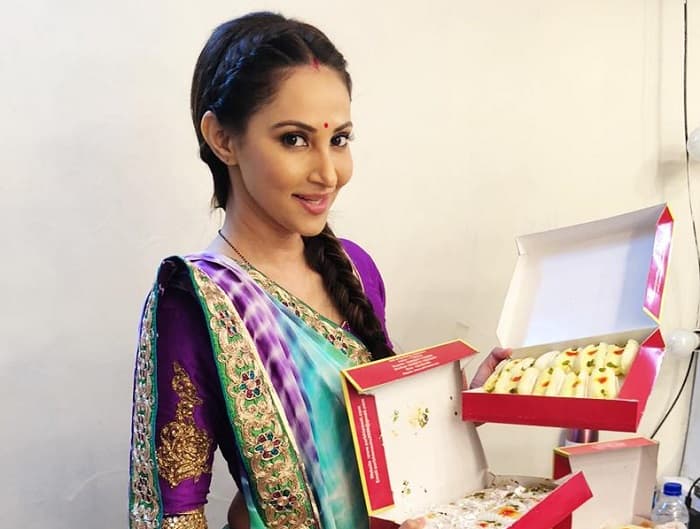 Mumbai: Building relationships take a lot of effort, however, a small gesture of love is all that it takes to show your near and dear ones that you care. Receiving immense love from the cast and crew of Dangal TV’s Aye Mere Humsafar, Rishina Kandhari who plays the negative character of Imarti Kothari on-screen, surprised everybody on set with some mouth-watering Bengali sweets.

Believing in expressing her love for her dear ones, Rishina says, “Everybody on set, be it actors, director, assistants or the entire unit for that matter, pampers me like a princess. It feels great to be loved by all. Everybody is working hard and putting in a lot of effort on a daily basis. This is just a small gesture of returning back their love with some sweets. It feels nice to see these happy faces and smiles around me. Everybody is extra happy on the set today and this feeling of being a reason to someone’s happiness makes me feel good.”

Aye Mere Humsafar is the story of an ambitious Vidhi Sharma who is determined on becoming an IAS officer but is instead forced to marry Ved to save her mother from embarrassment in society when her sister Payal runs away from her wedding with Ved.