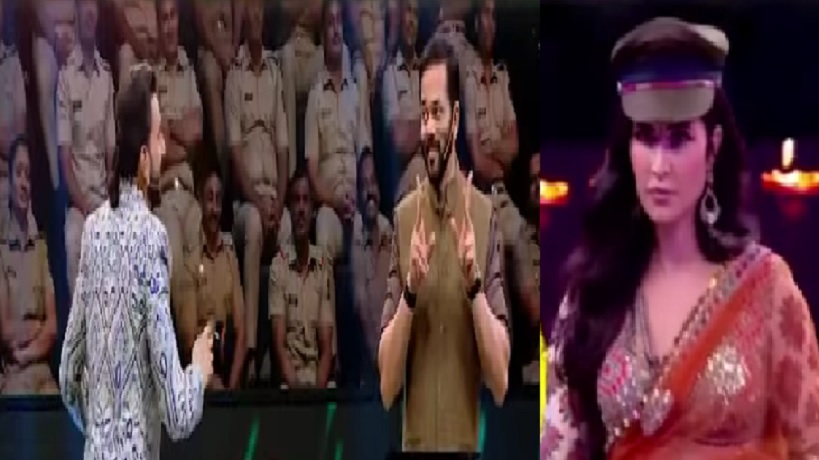 The Big Picture is a popular and a unique quiz show in India. The sets of the show will be graced with a popular superstar director Rohit Shetty and actress Katrina Kaif.

The duo will be promoting their film and will be appearing on the sets. Ranveer. Katrina, Rohit share the stage and share funny banter.

Katrina tells Ranveer to do a movie with a female cop to which Ranveer replies, “Bhau Je Mala Mahit Nai Te Sanga”.

Both Katrina Kaif and Rohit Shetty are promoting their upcoming film Sooryavanshi. The lead actor of the film is Akshay Kumar. The film will be hitting the screens soon where the cast if promoting the film.

The Big Picture is one of the stage where the director-producer Rohit Shetty is appearing to promote the show along with lead actress of film Katrina Kaif.

The Big Picture is a recently roll out quiz show in India. The show is an unique quiz show on television network which is receiving a huge popularity within a few days of telecasting.

The show is hosted by the ace superstar of Bollywood Ranveer Singh. Recently, we have seen many Bollywood stars appear on the sets to promote the show.

Recenrtly, Sri Lankan singing sensation Yuhani appeared on the sets of the show. The show is a telecast of a popular channel Colors TV. The show airs every weekend that is on Saturday and Sunday where it is all fun and entertainment on the sets.