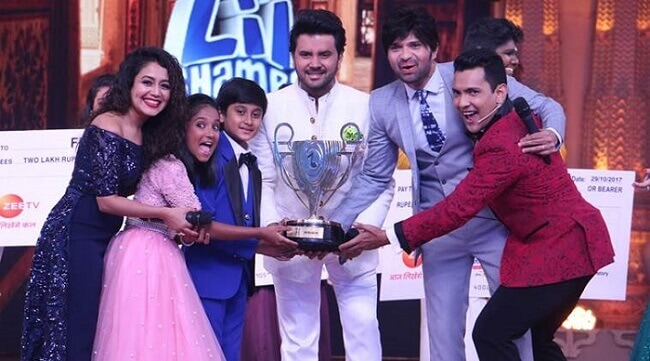 Sa Re Ga Ma Pa Li’l Champs is the Indian reality singing show. The Zee TV is a broadcaster of the show for a long time. Essel vision is the producer of the show. Aditya Narayan was the host of the show. While This year the show was judged by Himesh Reshmiya, Neha  Kakkar, And Javed Ali along with the grand juries.  Sa Re Ga ma pa has grand jury panel. the panel contains 30 Mentors. This mentor help to select the best candidate. And present the contestant throughout the show.

Concept Of the show

basically, Kid has  100 seconds for performance. Kids have impress judges and Mentors in the 100 seconds.  In the competition, contestants get into next stage.  On basis of the performance. The best contestant will reach in the final round. And one winner has declared. The winner is awarded Prize money. And some music contract.