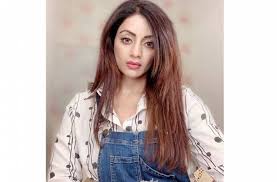 Sab TV is launching a new TV show very soon. The upcoming fantasy-based TV show is titled as Hero: Gayab Mode On. The TV show will have talented actors in an important role. According to exclusive sources, Sonia Singh is also said to join the cast of this TV show.

Sonia Singh is one of the popular Television actress has been part of popular shows like Dil Mil Gaye, Ichchapyari Nagin, Vikram Betaal ki Rahasya Gatha and many more. The actress will play a very interesting role in the show.

Hero: Gayab Mode On will have a very interesting storyline. The TV show will revolve around a superhero, who fights the evil alien forces targeting the planet. His superpower is invisibility. With his superpower, he can do anything.

SAB TV is known for its fantasy-based shows. The channel has released hits shows like Balveer and Aladdin. It will be interesting to see what kind of response Hero: Gayab Mode On will get.

Hero Gayab mode on will hit TV screens in a few weeks. The starting date of the show is not out yet. But the promo of the show is released. So fans are extremely excited about this brand new TV show.

The online broadcast of Hero: Gayab Mode On will be available on Sony Liv’s official website and app. You can download Sonyliv app from the Google Play Store.