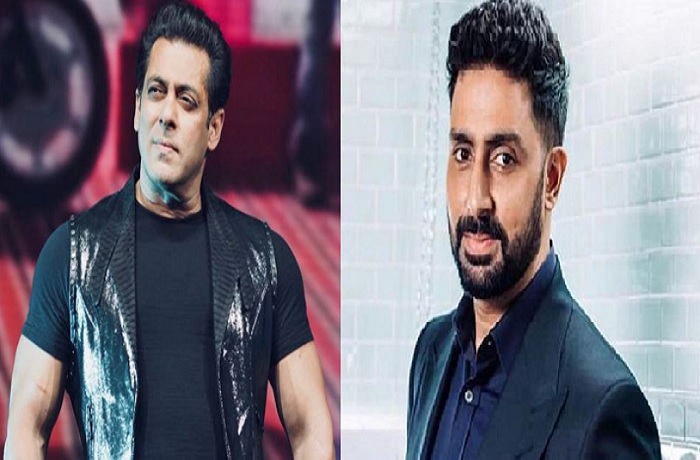 Sa Re Ga Ma Pa is a popular singing reality show of Indian television network. The show is a telecast of the popular channel ZEE TV. The show will be having two special guest for the upcoming episode.

Bollywood superstars Salman Khan and Abhishek Bachchan will be gracing the stage for the show.

Superstar Salman Khan will be on the stage to promote their film Antim: The Final Truth. The two will be appearing along with the co-stars Aayush Sharma and Mahima Makwana.

The stars will be promoting their film on the show. Recently, we saw that the Abhishek Bachchan was on the sets of the show Bigg Boss which is hosted by superstar Salman Khan.

The actors are all set to grace the stage for the show and witness the mesmerizing performances of the contestants.

Abhishek Bachchan will be promoting his film Bob Biswas on the show. It is crime based thriller story which will be rolling out on screens.

Abhishek will be sharing details about the film and his role and other details on the show. The actors will be gracing the stage in coming weekend.

Sa Re Ga Ma Pa is a telecast of the popular channel ZEE TV. The show will be airing on the channel during the weekends. It is a singing reality show which is hosted by singer Aditya Narayan.

The judging panel for the show is an exclusive one where the judges for the show are Shankar Mahadevan, Himesh Reshammiya, and Vishal Dadlani.