Sang Tu Aahes Ka to go off air: check out when you can watch the last episode 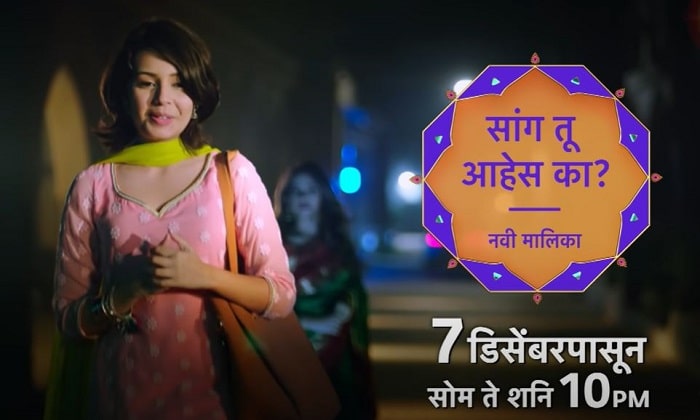 Sang Tu Aahes Ka is one of the popular tv shows of the star Pravah. The tv show features Siddharth Chandekar. he played the role of Swaraj. While it also has Shivani Rangole, and Saaniya Chaudhari in the lead roles. The tv show has an extremely interesting plot. it premiered on 20th December 2020. and has received a huge amount of positive response from the fans. But according to toe exclusive reports, the tv show will go off air very soon. check out complete details about it below. And find out when you will be able to watch the last episode of the show.

Sang Tu Aahes Ka To Go Off Air: Check Out When You Can Watch The Last Episode

Sang Tu Aahes Ka has a huge fan base . The plot of the show revolves around the swaraj Joshi and his wife Vaidahi’s mysterious death. After her death, her soul longes asks for justice. But when a girl who has the same name as his wife ‘Vaibhavi’ enters in his life. then the stopped investigation of her murder begins. The tv show is filled with a bunch of twists and turns. Viewers were hooked to the screens till now. So, fans are definitely upset that the tv show is going off-air.

In the upcoming episodes, we will see the truth behind Vaidahi’s death and all the hidden riddles will be solved. The last episode of the show will broadcast on the 2nd of October.

This tv show will be replaced by the upcoming romantic drama Thipkyachi Rangoli.

The online broadcast of the show will be available at any time and any where. Hotstar’s official website and the app will provide the online telecast of the show. You can download the Hostar app from the google play store and app store.

stay tuned with us to get the latest updates from new tv shows. Also, don’t forget to check out the audition updates of upcoming television reality shows.