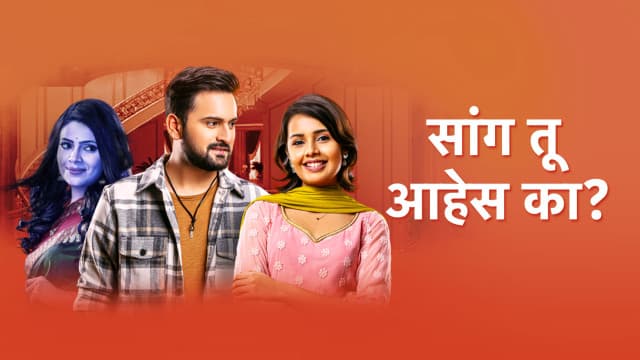 The show will soon be calling off the television screens. The show will be going off-air soon by revealing the tragic death sequence in the entire story.

The story for the show is about the superstar whose wife dies all of a sudden and he is heartbroken after that. And the ending of the show is nearing answering the question about the death of the actor’s wife.

Swaraj is a popular superstar and his wife dies however, Vaibhavi enters into the lie for finding the reason for her death.

Looking at the popularity of the show the makers came up with the Kannada version of the show.

Sang Tu aahes ka has a popular star cast of the time. Swaraj’s role is portrayed by Sidharth Chanedkar. Shivani Rangole plays the role of Vaibhavi and Saaniya Choudhary is also in an important role in the show.

Sang Tu Aahes Ka is a very hit show where fans make it glued up to the television. The end of the story is a piece of very sad news for the viewers of the channel.

The show is a telecast of the popular channel Star Pravah. You can also enjoy the streaming of the show on the digital platform. The OTT platform that will be airing the show is Disney+ Hotstar