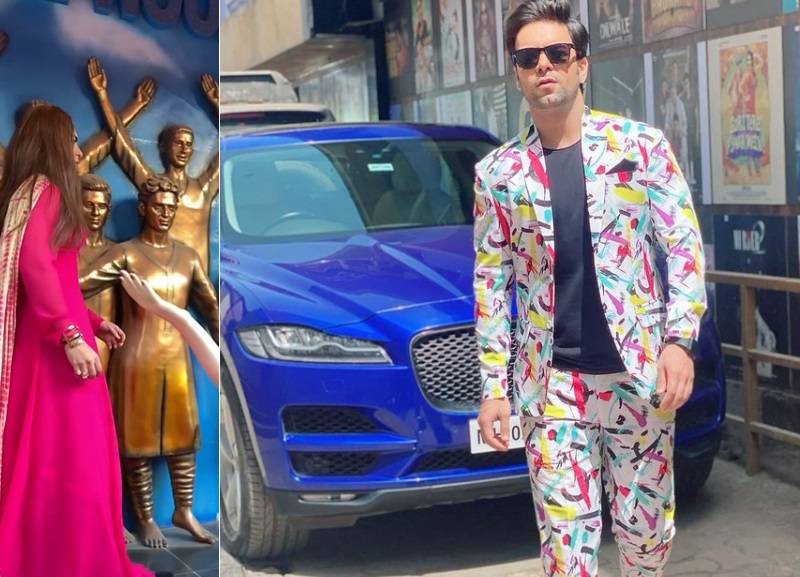 Sanjay Gagnani is currently playing the role of Prithvi Malhotra in Kundali Bhagya. The actor will be appearing in the female look soon in the show.

Prithvi Malhotra is a popular villain not only in Kundali Bhagya but also in the Indian television industry. His new and versatile look will definitely add some twist to the current story track of the show.

Sanjay Gagnani shares his experience of putting on the female look with one of the leading entertainment portals.

He says It took him almost 2 hours to get ready and achieve the look of a girl. Since he has been into this look before too. He knows and realizes how tough it is for female actors to get ready and achieve the kind of look they aim for. As a male actor, he has always wondered why do female actors take so much time to get ready. Only until he is required to get into a female look, He realized why and so he has high respect for all the female actresses around the globe for being so hardworking, dedicated, and strong.

Sanjay Shares About His New Avatar

Speaking more about this type of look he says. “As an actor, I have always craved for Perusing excellence in my craft. I love it when people get entertained with my performance and compliment me for my hard work, versatility, and consistency.”

Adding more, he says as an actor he feels responsible for the dose of entertainment for his audience and so. He gives in his heart and soul in his work and his craft.

Later he also thanks to the team of Kundali Bhagya who him an opportunity to be a part of the show. Sanjay speaks, “Kundali Bhagya has changed my bhagya. It has earned my fans worldwide, made me a household name, earned me a lot of awards, the tag Villainero (villain hero) by the viewers, listed me in the top ten iconic villains of Indian Television as well as it has given me a scope to incorporate different looks and character whenever the role has required me to adapt a disguise look in order to perform vicious activities in the show.

I can safely say that Prithvi Malhotra is presently the most evil, cunning, stylish, unpredictable, and entertaining Villain -Hero in the business. And the entire credit goes to the Producer Ekta Kapoor Ma’am, creative director Mukta Dhind Ma’am, writer Anil Nagpal, director Neeraj Baliyan for shaping up his role the way it is.”