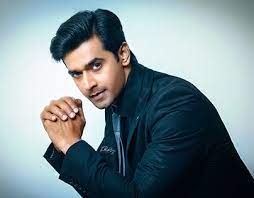 Sanket Pathak is all set to make a comeback on TV screens with a new TV show very soon. he will be part of Star Pravah’s next TV show Lagnachi Bedi. The TV show is going to be Marathi remake of the popular Hindi TV show Gum Hai Kisi Ke Pyar Mein  Sanket Pathak is one of the popular stars. he has made his comeback on screen after 2 years. check out complete details about it below. Also, find out what kind of role he will portray in the show.

Sanket Pathak will play the role of Police Officer, who is very talented and lives in a joint family. he will be seen as Raghav Ratnaparkh. The character will have many shades.

In an exclusive interview with Times Of India, Sanket shared his excitement. He said “Raghav Ratnaparkhi is a very honest and courageous IPS Officer. Raghav has grown up in a joint family and he knows the importance of relationships. I look forward to playing this character. I am happy that the new year has started with such a good project. We all know the power of police Uniforms. After wearing it, different energy gets transmitted to the body.”

he added ” As an actor, I am learning new things while playing this character. The viewers have fallen in love in love with my previous shows Duheri and Chahatriwali. I am sure that the audience will love my new role too. “

The actor enjoys a huge fan following. So all his fans are excited to see him on the tv screen. it will be interesting to see what kind of response the Marathi version of the show will get.