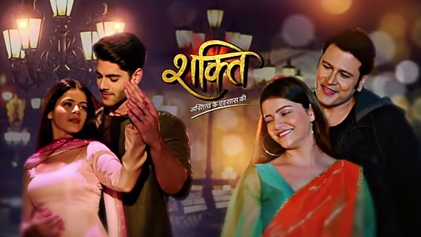 Shakti Ehsaas Ki was one of the most popular tv channels on an Indian television network. The tv show broadcasted its last episode in October 2021.  It was one of the longest-running tv shows. It featured a sensitive and important social topic. Now the tv show is all set to entertain the Marathi audience. It is reported that Shakti Ehsaas Ki will be made in Marathi very soon. Check out complete details about it below.

The Marathi version of the show is tilted as Lek Mazi DurgaThe tv show will release on popular Marathi GEC. The tv show will feature the story of Durga. Durga is a transgender woman, she experiences humiliation and injustice in her daily existence. Not only people in society, But some members of her family also despise her. In the tv show, we will see how Durga fight against these people for her social acceptance.

The tv show will have one of the talented actors in the key roles. The full list of the cast members of the show will be available on the page very soon. Shakti Astitva Ke Ehsaas Ki featured Rubina Dilaik, Vivian Dsena, Jigyasa Singh, Simba Nagpal and Cezanne Khan in the key roles.

The tv will premiere in a few weeks. So, more updates about  Starting date and broadcasting schedule will be available on the page very soon.

Stay tuned with us to get the latest updates from the new tv show. Also, don’t forget t check out the audition updates of upcoming television reality shows.