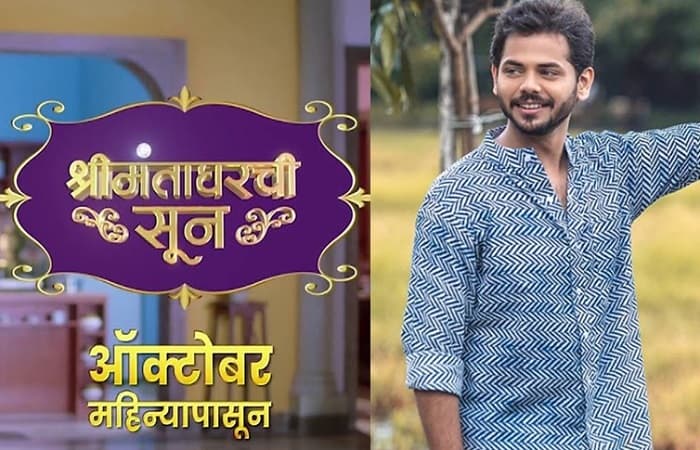 Popular Marathi television actor Yashoman Apte is all set to make a comeback on screens with a new TV show very soon.  He has won the hearts of many television lovers with his acting and singing skills. He will be part of Sony Marathi’s new tv show. So check out Shreemanta Gharchi soon Cast Yashoman Aapte To Cast this show.

Sony Marathi is one of the popular Marathi TV channels. It has launched many hit tvs shows like Navri Mile Navryala, Swarajya Janani Jijamata, Anandi He Jag Saare, Singing Star, and many more. Now the channel is launching a new TV show titled Shreemanta Gharchi soon.

Yashoman Apte will be playing the lead role in Sony Marathi”s new project. While he was last seen in Zee Yuva’s New  TV show Phulpakhru. He played the role of Manas. During his stint in Phulpakhru,  He became a household name.  So his fans are definitely excited to see him in a new character.

Now Yashoman Apte is all set to entertain his fans with fresh content. He will be seen in the role of an ideal son and husband. Yashoman Apte has a huge fan base. So all his all fans are extremely excited to see him in this new TV show.

While currently he is also participated in Sony Marathi popular show ‘Singing Star‘, where popular celebrities are participating and showing their singing skills

Along with Yash Roman Apte, Sony Marathi’s new TV show will feature other prominent and talented actors in a lead role. The tv show will have Aishwarya Narkar, Avinash Narkar in a pivotal role. So more details related to the Sony Marathi Shreemanta Gharchi soon update on the page very soon.

Stay tuned here to get the latest updates from new tv shows. Also, don’t forget to check out audit updates of the upcoming television reality show.