Sonali Bendre on making her comeback on television screens 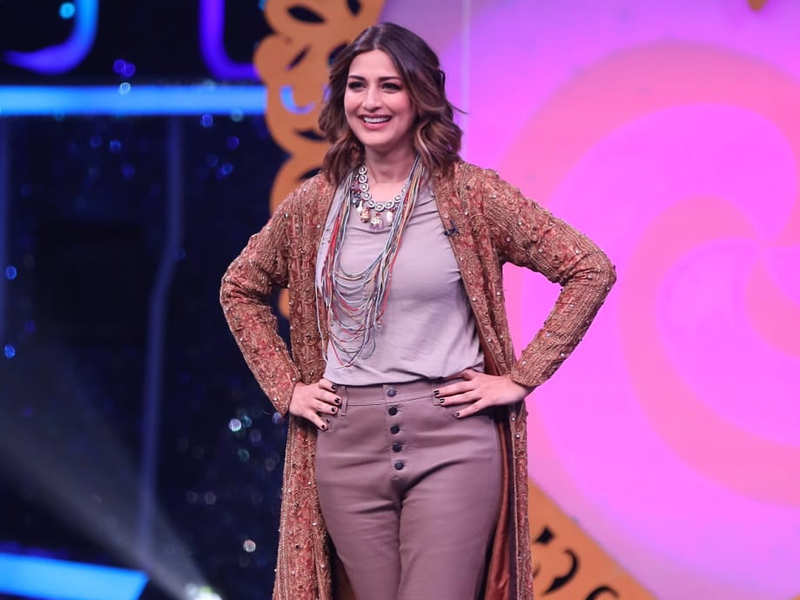 With the introduction of DID Li’l Masters Season 5, the channel is all ready to take the show to a whole new extreme after receiving an incredible response to the previous four seasons, which presented spectators to some genuinely outstanding little dancers. It was recently reported that the show’s judges would be famed Bollywood choreographer Remo D’Souza and the stunning Mouni Roy. However, it appears that there is a fresh, exciting upgrade! Sonali Bendre, a well-known Bollywood actress, has joined the show as the third judge, joining Remo and Mouni. DID Li’l Masters will also represent Sonali’s return to Zee TV as a reality show judge after a three-year hiatus.

Sonali Bendre on making her comeback on television screens

In an exclusive interview with Indiaforums, Sonali Bendre shared her excitement on working in this new tv show. She said “It’s great to be back with Zee TV and with the bachas on set once again! In many ways, it’s like I am coming home to my Zee family after a long break. I have been associated with Zee for a really long time, working on projects that I love and supporting art forms that I am passionate about.”

She added “As you all know, dance is something I have always been a fan of, and I am super excited to be a part of the iconic dance reality show – DID Li’l Masters: not just for the dance…but also because I am excited to see these lil dancers showcase their talent! Watching them come up on stage, to give it their all, is just something so pure and heart-warming to watch.”

She also mentioned that While this is her first appearance on the show, She has been a fan for years and thinks that this platform has the power to shape each child and help them break out of their shells, giving them the confidence to face the world. Dance is such a joyful kind of art, and she is looking forward to seeing how these kids develop on the show.

Sonali Bendre has appeared in a number of high-profile films, including Hum Saath Saath Hai, Sarfarosh, Diljale, Zakhm, Hamara Dil Aapke Paas Hai, Lajja, Kal Ho Na Ho, and Major Saab, for which she has won multiple awards. She returned to television after a layoff, serving as a judge on a variety of reality shows. She last appeared as a judge on Zee TV’s India’s Best Dramebaaz three years ago, and she is now returning to Zee TV as a judge on the most popular dance reality show franchise, DID Li’l Masters Season 5.