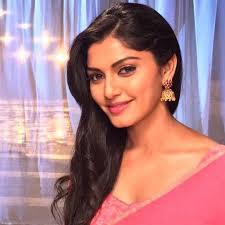 And TV is coming up with a new show which will be based on the life of Jesus Christ. The TV show will be produce by Arvind Baba. According to sources the makers of the show will rope in popular and talented actors to play important role in the show. Check out complete details about it below.

According to exclusive sources, Sonali Nikam will play the lead role in the show. It will be interesting to see what kind of role she will portray in the show. Sonali Nikam had been part of shows like Ek Vivah Aisa Bhi, Aadhe Adhure, Kurbaan Hua, Pyar Ka Dard Hai. The actress has won hearts of television lovers through her acting skills. She will be seen in the lead role after a long time.

Child actor Rudra Soni will be also part of this TV show. he will be playing a negative role in this TV show. The actor has been part of many Bollywood movie. He played important roles in the Bajirao Mastani, Tumbad. He Rose to Fame during his stint in Sony TV show Peshwa Bajirao.

The TV show will hit TV screens in a few days. So more details related to the starting date and cast of the show will be available on the page here.