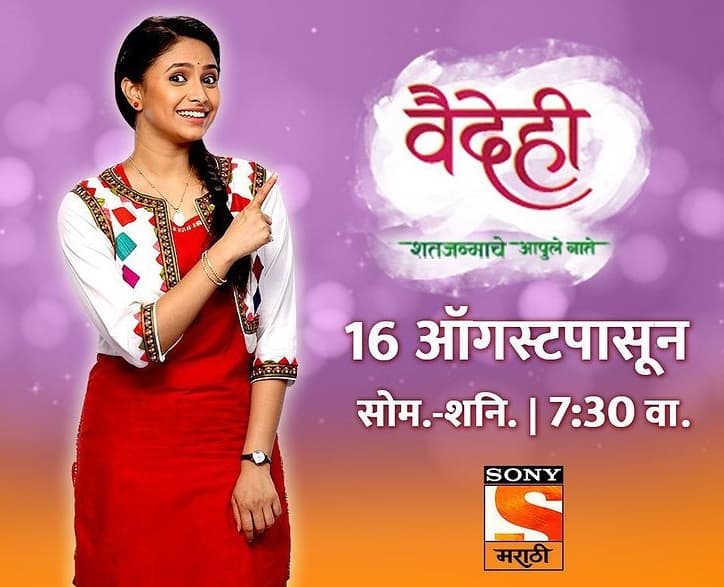 Sony Marathi is a popular Marathi entertainment channel coming up with a new show on the channel. The channel is coming up new show Vaidehi a unique story of an independent girl who believes in women empowerment. Check Sony Marathi Show Vaidehi Starts From August 16.

The show is coming up with a new plot and new story full of entertainment a message of women empowerment. Vaidehi will start airing on the Sony Marathi from August 16, 2021.

Sayali Deodhar plays the lead role of Vaidehi in the Show!

The show has a popular star cast where Sayali Deodhar will be playing the female lead role in the show. She will be portraying the character of Vaidehi. Vaidehi is an independent girl and she supports women’s empowerment.

The show will be airing on the channel from Monday to Saturday at 07:30 PM. The promo of the show is out and it seems to be very promising.

For more latest updates about the Indian entertainment industry and another audition, details stay tuned with us.!!