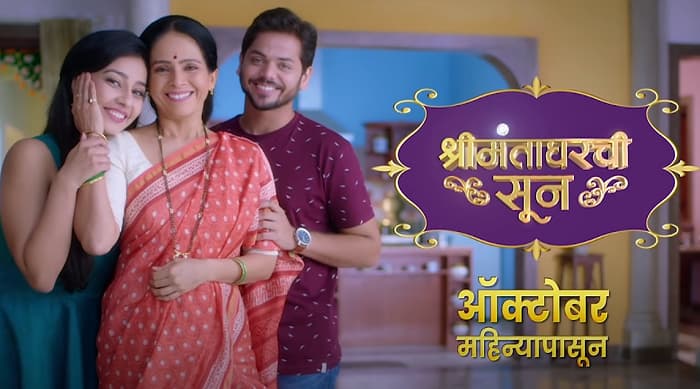 Shreemanta Gharchi Soon is the upcoming show on the Marathi television industry. The show will be a telecast of the popular Marathi channel Sony Marathi. Shrimantgharchi Soon Start Date, Cast, Story, Schedule on Sony Marathi.

The story of the show will be based on the values and morals a new bride will be bringing at the house. The daughter-in-law of the house belongs to a very rich family.

As per the promo, we could see that the mother-in-law is cleaning the floor with her hands. And her daughter-in-law is going to visit the house.

The marriage is yet to happen. As the daughter-in-law comes in the house she removes her footwear at the door. To which the other ladies of the family ask her that it is okay.

But the daughter-in-law says that we shouldn’t enter the house with footwear.

The show has a popular star cast of the Marathi industry. Yashoman Apte will be playing the male lead of the show.

Rupal Nand will be playing the female lead of the show. She will be in the role of daughter-in-law belonging to a rich family.

The show will be hitting the television screens in October. The official start date of the show is yet to be announced.

We will soon be updating you regarding the official start date of the show and telecasting details soon after an official confirmation from the sources.

The promo of the show is out now. The promo seems to be very amazing and entertaining.

The show will be taking its release on the Sony Marathi this October.