Sony Marathi to come up with the new show ‘Vaidahi’ 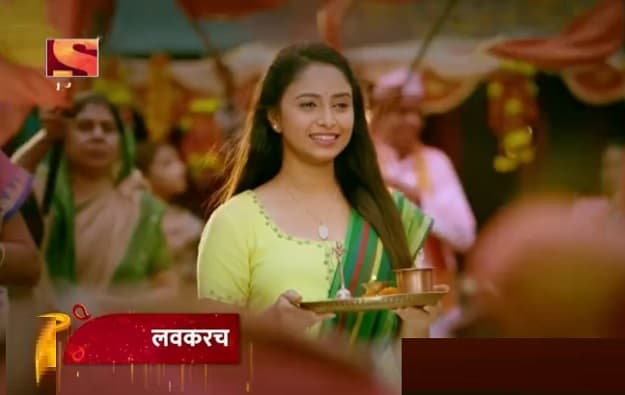 Sony Marathi is one of the popular TV channels on the Marathi television network. The TV channel has launched many hit TV shows and television reality shows. And now it is all set to come up with a new show titled Vaidahi. Tye exclusive promo of the show is out. And fans are already curious about the Sony Marathi Vaidahi storyline, cast, and starting date of the show. Check out complete details about it below.

Sony Marathi’s brand new TV show Vaidahi will have a very interesting storyline. The TV show will be a family drama and it will feature a story of a girl named Vaidahi. She is also a devotee of Lord Ram. She is really kind confident and always helps others.

The TV show will have Sayali Deodhar in the lead role. She will play the role of Vaidahi. While Pallavi Patil and Trisha will also play pivotal roles in the show. They will be seen as a sister of her.  The names of the full cast members of the show will update on the page very soon.

Sayli Deodar is one of the top Marathi Television actresses.  She has been part of shows like Julun Yeti Reshim Gathi, Navri Mile Navryala,  Lek Majhi Ladki, and many more.

Stay tuned with us to get the latest updates from new TV shows. And don’t forget to check out audition updates of upcoming television reality shows.