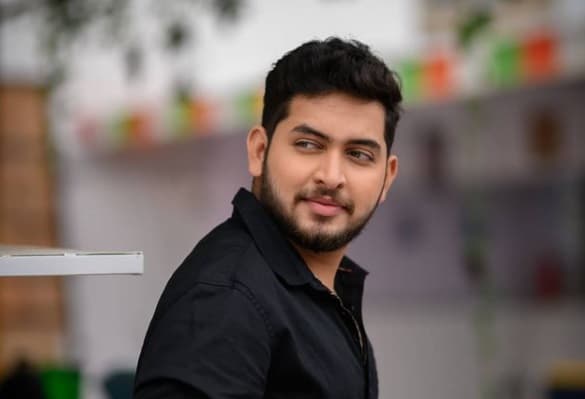 Sony Marathi is going to come up with the new Marathi show Vaidehi. The male lead role of the show will be portrayed by the popular actor Tejas Barve. He rose his fame with the show Mrs. Mukhyamantri of Zee Marathi playing the role of Samar.

Tejas has a huge fan following of the time and he is one of the most loved actors. He will be playing the lead role opposite Sayali Deodar in the show.

Tejas Barve is well known as a face now however his television debut was with the show Mrs. Mukhyamantri where he was paired with Amruta Dhongade. He is also a part of Marathi films like Zindagi Not out, Girlfriend, etc.

Apart from acting, he is also an assistant director of Fatteshikasta which is a hit and recent release in the Marathi Industry.

Vaidehi will be starting to telecast from August 16, 2021. The show is going to be a telecast of Sony Marathi where the female lead roles of the show are portrayed by Sayali Deodhar. She will be playing the character of Vaidehi. Vaidehi is a strong and independent woman.

Vaidehi supports women’s empowerment and she is also a devotee of Lord Rama.

The entire cast for the show will be out soon. However, the lead roles are confirmed. And it is confirmed that Tejas Barve plays the male lead of the show.

For more recent updates about the Indian entertainment industry and more details about the audition stay tuned with us..!!