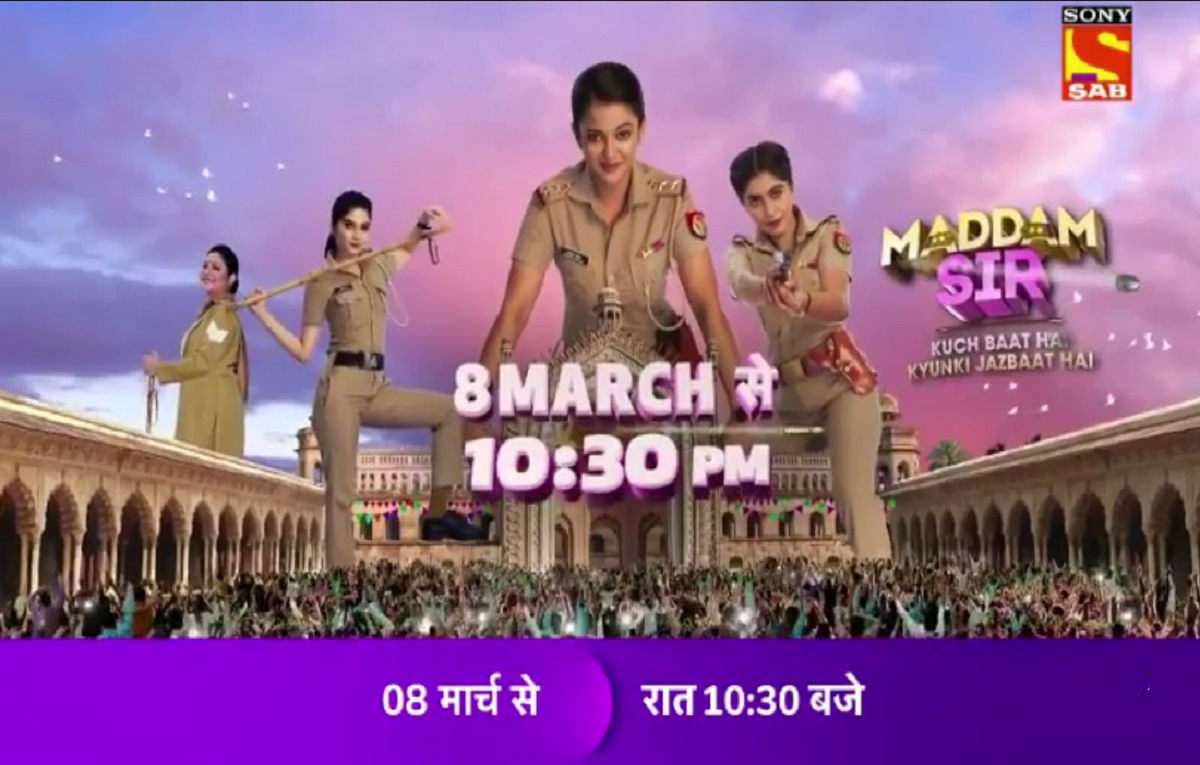 Maddam sir is currently as telecast of Sony SAB. The telecasting time of the show is going to change soon. Sony SAB Maddam Sir will be airing at 10:30 PM during weekdays.

The change in the time slot will be in action from March 8, 2021. Maddam Sir will air on television from Monday to Friday.

The promo of the show announcing the new time slot is out now.

Maddam Sir is popular comedy-drama series on the channel. It is all about how ladies’ cobs solve various cases. In addition, there is a lot of humor to the show which brings out laughter.

The show is studded with the power pack star cast. It has 4 ladies cobs in a team and how to face the challenges in each case. These ladies’ cobs solve the cases with their bravery.

The star cast of the show has Yukti Kapoor in the lead role of the show. It also has Gulki Joshi, Bhavika Sharma, Sonali Naik in the role of policewomen.

Maddam Sir will be coming up for a telecast on the new time slot. The change in telecasting will be in action from March 8, 2021.

Maddam Sir is a telecast of popular channel Sony SAB. You can also enjoy the streaming of the show on digital platform.

The digital platform that will be telecasting the show Maddam Sir is the Sony LIV app.

For more recent updates about the Indian entertainment industry stay tuned with us.