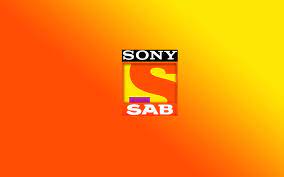 Sony SAB is one of the popular TV channels in India. The TV channel is known for its light-hearted comedy TV shows. They have released hit TV shows like Taarak Mehta Ka Ooltah Chashmah, Ziddi Dil Mane Na, Balveer Returns, Wagle Ki Duniya, Madam Sir, and many more. And now the channel is gearing up to launch a brand new TV show very soon. The upcoming TV show is titled as Good Night India. It will be a comedy TV show. check out complete details about it below.

Good Night India is going to be a very entertaining comedy TV show. The TV show will have quite unique format and it will feature one of the talented stand-up comedians. According to sources, ace comedians Amit Tandon and Jiya Shankar will be seen as the host of the TV show.

Good night India is going to be the first television reality show on the channel. The TV show will either feature a competition between popular comedians. it will give the opportunity to viewers to participate. If so, then the auditions of the show will start in a few days. So complete details about the audition or the contestants will be available here, after the official announcement.

The comedy television reality show will release in the month of January. The confirmed date about the release date and broadcasting will update on the page very soon.

The online telecast of the show will be available at anytime and anywhere. Sony Liv’s official website and the app will provide an online broadcast of the show. you can download Sony live app from the Google Play Store and App Store.

Stay tuned with us to get the latest updates from new TV shows. Also, don’t forget to check out the addition of dates of upcoming television reality shows.