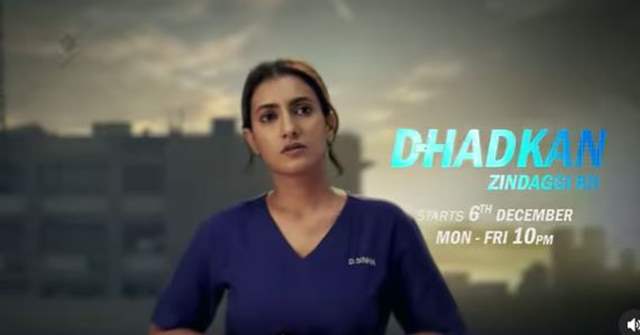 Sony TV is one of the popular TV channels in India. They have released a number of hit TV shows with very interesting concepts. Now the channel is back with a brand new TV show very soon. The upcoming project title does Dhadkan Zindagi Ki. The tv show will have Aditi Gupta in the lead role. here are some exciting details about Sony TV’s new show Dhadkan Zindagi Ki. Also, find out what kind of role Aditi Gupta will be playing in the show.

Aditi Gupta will play the role of Dr. Deepika. complete details about the cast members of the show will be available on the page very soon.

The promo of the show is out. and it has created a huge amount of buzz among viewers. In the promo, we can see that Dr. Deepika is the Chief Resident of the hospital. She is one of the best doctors. But she is constantly facing stereotypes and gender discrimination at work. Where some males just cannot tolerate having a female boss. While even at home her family constantly reminds her about the limitations of being female.

The TV show will be on screens in a few weeks. It is expected that it will release in the month of November. More details about the starting date and broadcasting schedule of the show will update on the page very soon.