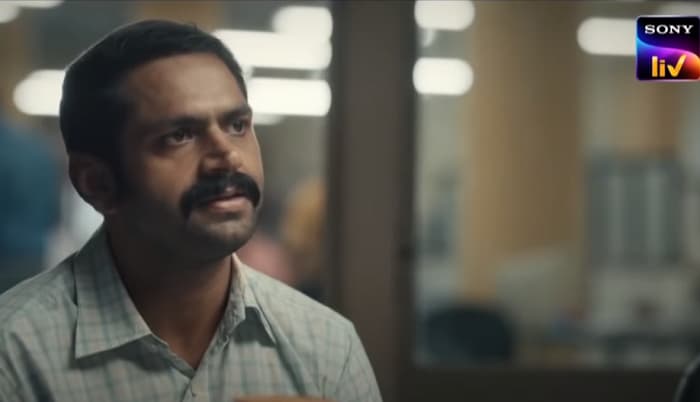 1992 is a brand new upcoming web series of SonyLIV The web series will be released in a few weeks.  So here are complete details about scam 1992. check out SonyLiv SCAM 1992 Release Date, Cast, Story, Watch Promo Online.

Scam 1992 is based on real-life events that happened in the Bombay Stock Exchange. The web series is an official adaptation of the Debashis Basu and Sucheta Dalal’s book The Scam.

The story of the show is based on the stockbroker Harshad Mehta. During the 1990s very easily he took stock market to a Greater height which followed in his unfortunate downfall. It was one of the biggest scam worth rupees 5000 crores. Harshad Mehta was exposed as the main accused.

The web series will be filled with a lot of interesting twist and turns. It is directed by Hansal Mehta.

Talented actors such as Pratik  Gandhi,  Shreya Dhanwanthary, Sharib Hashmi,  Shadab Khan will be playing a pivotal role in the show. While Nikhil Dwivedi, KK Raina, Lalit Parimoo, Anand Mahadevan, Rajat Kapoor will be playing an important role in this show. While the names of the rest of the cast members of the show will be available on the page here.

The trailer of the web series was released in the month of August. So it is expected that that Scam 1992 will be released in a few days. The confirm starting date of the show will be available on the page very soon.

Stay tuned with us to get the exclusive updates from upcoming tv shows. Also, don’t forget to check out audition updates of upcoming televsion reality shows.