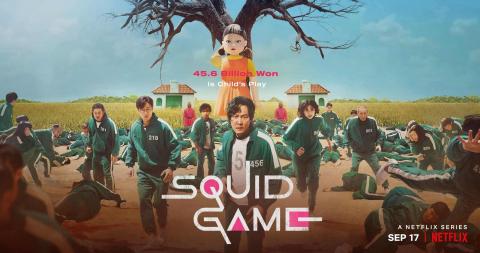 Squid Game is right now one of the most popular shows in the world. The Korean drama was released on 17th September. and ever since then, it has been making a huge headline. The interesting plot of the show has managed to grab the eyeballs of viewers all Around The World. The ending of the show has left the audience curious and everyone is excited to see if the show will have its second season on or not. so here are complete details about the new season of the show.

Squid Game Season 2 : All You Need To Know

Squid game has got a position among the top 10 series in at least 66 countries. The ending of the show has sparked debate among fans that whether the web series will have its second season or not. but the director has opened up on it.

Talking about the second season, the director of the show has said that he doesn’t have a well-developed plan for the squid Game Season 2. the process is quite tiring just to think about it. if he decides to do it. he would not do it alone and will consider using a writer and multiple experience director. so he has not made any official comment on the second season of the show. he also mentioned that he is happy with the Global success of the show.

Squid game featured a group of people, who are suffering from financial difficulties. As they participate in the series of games for the chance to win money. that would allow them to pay off their obligations. and live freely. The winner will get a cash reward of 45 billion won. Participants enter in the game thinking about playing childhood games. But in reality, they encounter some unbelievable stuff on an isolated Island.

Stay tuned with us to get the latest updates from new tv shows. Also, check out audition updates of upcoming television reality shows.