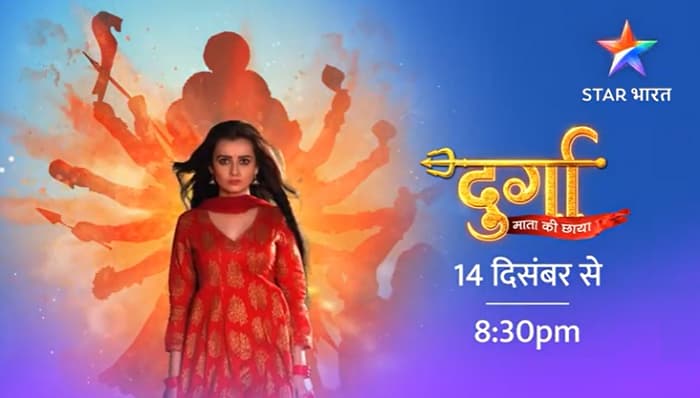 Star Bharat is gearing up to launch a brand new TV show very soon. The upcoming TV show on the channel is titled and Durga. Star Bharat recently have launch shows like Gangs of filmstaan, Gupta Brother, Excuse me madam and many more. Here are our complete details about the Star Bharat Durga Start Date, Timing, Cast, Storyline, Schedule, Promo.

Star Bharat brand new TV show Durga will have very interesting story line. The TV show will be a family drama. The promo of the show is not out yet.

Durga will have one of the popular and talented actors in pivotal role. The casting of the show is still ongoing. But according to exclusive sources, Chahat Pande and Palak purswani will be playing a pivotal role in the show. Chahat Pandey will portray the lead role in the star Bharat Durga. while Palak purswani will essay the negative character in the show. So more details about their characters are not out yet.

On the work front Chahat Pande was part of popular show Hamari Bahu silk. She played the role of Pakhi. while she was also part of Radha Krishna.

On other hand, Palak purswani is also very popular Actress was part of Star Plus Yeh Rishtey Hain Pyaar Ke.

Stay tuned for us to get the latest updates from new TV shows. Also, don’t forget to check out the addition of this of the upcoming television reality show.