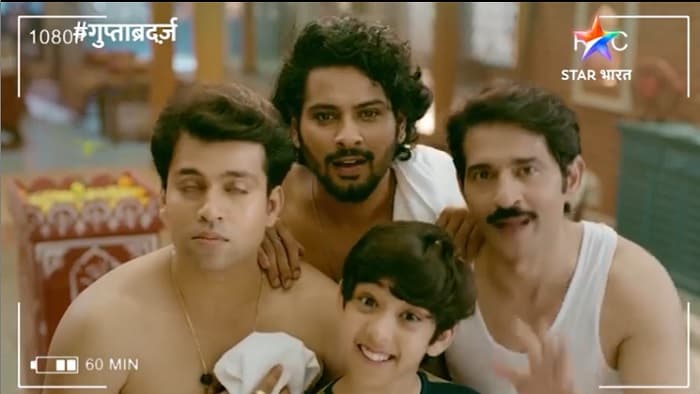 Star Bharat is coming up with a new project very soon. The upcoming TV shows on the channel is titled as Gupta Brothers. The TV show will feature a story of four bachelor brothers. The starting date of the show is out now. While the promo of the show is also released. So check out complete details about the launch date of Star Bharat’s new TV show Gupta brother. Also find out more information related to the Star Bharat Gupta Brothers Start Date, Timing, Cast, Story, Schedule.

The promo of this brand new TV show is out. Also, fans are absolutely loving it. Hiten Tejwani is back on screen with this new project. Star Bharat Gupta brothers will be produced by Mahesh Pande. While it will have popular television actors in a pivotal role.

After seen promo viewers are extremely excited to watch this brand new TV show. The TV show will be family and comedy drama. And it will be very entertaining and different from the regular daily soap operas.

Gupta brothers Chaar Kuware Ganga Kinare will have Hiten Tejwani, Sonal Vengurlekar, Parineeta Borthakur in a pivotal role. The names of the rest of the cast members of the show will update on the page after the official confirmation.

The Gupta Brother will feature the story of four brothers who are independent and they are not really interested in marriage.