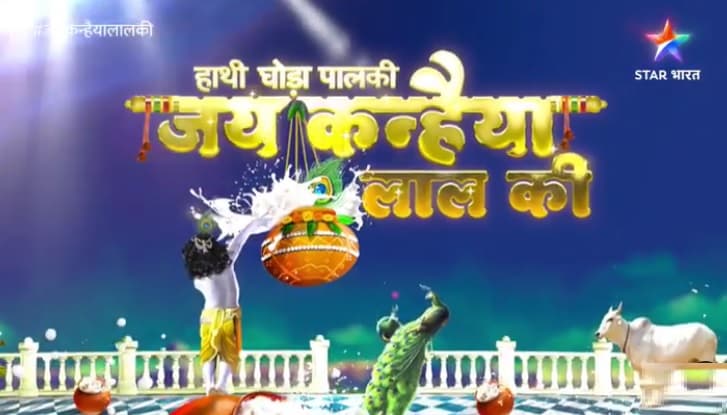 Star Bharat is all set to come up with a new tv show very soon. The brand new tv show on the channel is tilted as Hathi Godha Palki Jai Kanhaiya Lal Ki. The exclusive teaser of the show is out and fans are already looking forward to watching this show. Here are some details about the cast and plot of the show. Also, check out when the tv show will hit tv screen. Check Hathi Ghoda Palki Jai Kanhaiya Lal Ki Cast, Start Date, Schedule on Star Bharat.

Star Bharat’s Hathi Godha Palki Jay Kanhaiya Lal Ki will be a mythological tv show. It will feature a story of Lord Krishna’s Childhood. The tv show will be produced by Siddharth Kumar Tiwary under the banner Swastik Production. Start Bharat has launched various mythological shows and they have received a huge amount of positive responses from fans.

The teaser of the show is out and it is expected that it will hit tv screens in the month of August. The confirmed starting date of the show will update on the page very soon. The tv show is going to replace one of the ongoing shows of the channel. It will be broadcast every Monday to Friday.

The online broadcast of the show will be available at any time and anywhere. Hotstar’s official website and the app will provide the online telecast of the show. You can download the Hotstar app from the google play store and app store.

Stay tuned with us to get the latest updates from new tv shows. also don’t forget to check out the audition updates of upcoming television reality shows.