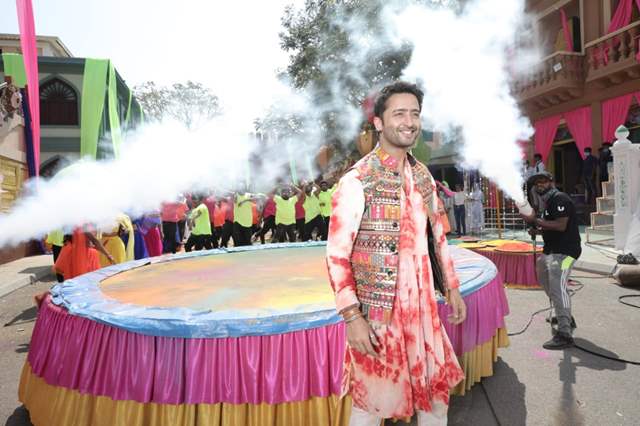 Star Bharat is all set to come up with a brand new TV show very soon. The upcoming TV show on the channel is titled as Woh Toh hai Albela. The TV show will feature Shaheer Sheikh in the lead role. and it will be on air in a few days. Fans are extremely excited to watch this upcoming show. check out complete details about Pitbull. Also, find out the expected premiere date of the show.

Woh To Hai Albela is going to produce by none other than Rajan Shahi. he has produced a number of hit TV shows on Indian Television screens. He is known for Anupama, Ye Rishta Kya Kehalata hai, Aai Kuthe Kay Karte  and many more. so fans have high expectations from Woh To Hai Albela .

Woh To Hai Albela will feature a story of three brothers, which will be played by Shaheer Sheikh, Anuj Sachdeva, and Kinshuk Vaidya. Shahid Shaikh will play the role of a Albela. he does something and goes viral on the internet. He claims himself as the second wonder of Agra. His unique personality attracts huge attention from people. The TV show will feature the journey of the three brothers.

The TV show will hit the TV screen in the month of March. The complete details about the starting date,  plot, and cast of the show will be available on the page here. So make sure you stay tuned with us.

The online broadcast of the show will be available at any time and anywhere. Hotstar’s official website and the app will provide the online telecast of the show. You can download the Hotstar app from the google play store and app store.

Stick around with us to get the latest updates from new tv shows. Also, don’t forget to check out the audition updates about upcoming television reality shows.