Star Plus Comedy Adda: List of celebrities who will appear as guests 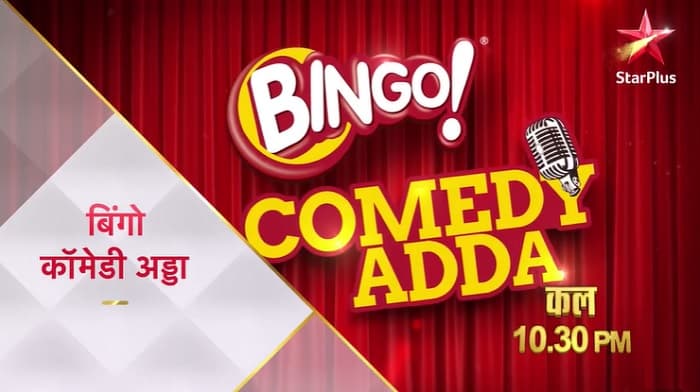 Star Plus is No. 1 TV channel in India. They have released a number of hit TV shows and television reality show. The channel kick-started the new year with singing television reality show like Taare Zameen Par. And recently it launched a show titled as Bingo Comedy Adda. The TV show will feature many popular celebrities as guests. check out the list of celebrities who will appear on the show. Also, find out some interesting details about this show.

Star Plus Comedy Adda: List of celebrities who will appear as guests

Star Plus Bingo Comedy Adda will be presented by RJ Naved. He will invite some of the popular celebrities on each episode. The TV show will have 6 episodes only. While it will feature one of the Ace and talented comedians. Comedians like Abhijit Ganguly, Aishwarya M, Kumar Varun, Atul Khatri, Gaurav Kapur will be part of this TV show.

Star Plus Bingo Comedy Adda will broadcast on every Sunday. The TV show premiered on 7th February. And it have received a positive amount of response from fans.

According to exclusive sources from TellyChakkar, it is expected that a Bollywood superstar Ranveer Singh, Farah Khan will appear on the show. While Aparshakti Khurana, Vijay Verma, Nushrat Bharucha, Sumit Vyas, Nidhi Singh, Neena Gupta, Harbhajan Singh will also appear on the upcoming episode of this TV show.