Star Plus to launch new show ‘Pandya Store’: Check out the exclusive promo 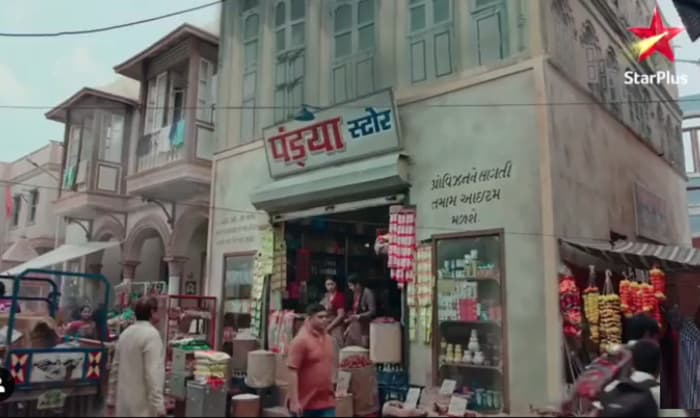 Star Plus is treating its viewers with a bunch of new and entertaining tv shows. The channel is gearing up to launch a new show titled Pandya store. The tv show will hit TV Screens in a few days. While the interesting and exclusive teaser of the show is out. So here are some exciting details about the new project of Star Plus. Also, check out the Pandya Store Cast name, Promo below.

Pandya Store will be a family drama. The tv show will have a very interesting storyline. According to reports, Pandya Store is the remake of the Hit Tamil daily Soap Opera Pandian Store. Though the tv show is a remake of this tv show, it will have its own uniqueness.

The story of the show is based on the exceptional bond of the joint family and their beloved store.

The teaser of the show features Kanshik Mahajani and Shiny Doshi. Both will play male lead and female lead respectively. While the tv show will also have another talented actor in a pivotal role. So the names of the cast members of the show will be available on the page very soon.

Star Plus Pandya Store will hit tv screens very soon. The confirmed starting date of the show and broadcasting schedule will update on the page after the official confirmation.

Star Plus recently launched new show Imli. The channel is also coming up with some new projects.

Stay tuned with us to get exclusive updates from new tv shows. Also, don’t forget to check out the audition updates of an upcoming television reality show.