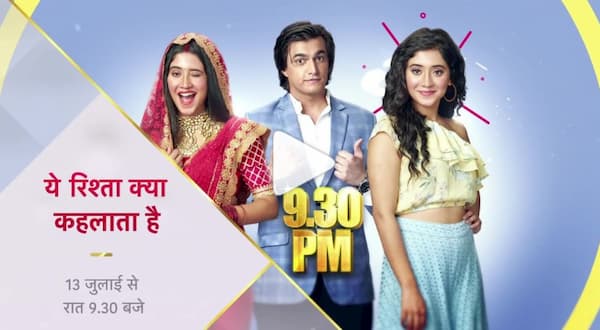 Star Plus is one of the popular channels on India Television network. As per one of the leading entertainment, portals states that the shoots for the shows will be resuming soon. And all the fresh Star Plus Serials New Episodes will be airing from July Mid.

Isn’t this a piece of good news for all the Star Plus fans. The shoots for the shows were on halt as coronavirus was spreading a lot in the country and the whole nation was on lockdown.

It is also said the promo is been shot by the actor from their houses itself. And it will be airing on television soon.

The Star Plus all serials starting from July. While as per posted by Star Plus Yeh Rishta Kya Kehlata Hai will start airing new episodes from July 13,2020.

As we all are aware that the shoots for the show were on halt as the whole nation was on lockdown due to coronavirus spread. After the Maharashtra government has released the restrictions and the permission was given to resume the shoots for the serial, films, and web series.

All the shootings will be starting soon taking into consideration all the safety measures and the guidelines given by the government of Maharashtra.

As the shooting for fresh episodes of the currently running shows was on halt. The channel came up with the re-run of the popular older show of the channel Mahabharat.