Confirmed: Star Plus Shaadi Mubarak Will premier on 17 August 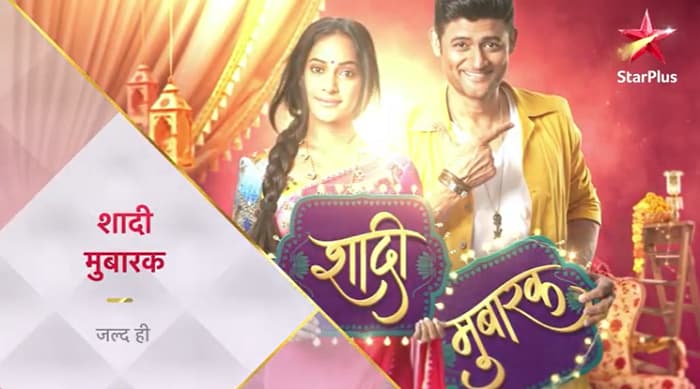 Star Plus is gearing up to launch a new TV show very soon. The upcoming Daily Soap Opera is titled, Shaadi Mubarak. The TV shows produced by Shashi Sumeet, who is one of the popular producers in Indian television history. The promo of the show is out. And it is speculated to premiere in a few days. So check out the Shaadi Mubarak Start Date, Cast. And find out more information related to the storyline and cast members of Star Plus’s Shaadi Mubarak.

Rajshree Thakur and Manav Gohli are making their comeback on screens with this new show. After watching the promo, fans are extremely happy to see their favorite TV actors back on screens in the new look. The plot of the show seems very intriguing and entertaining.

While other popular television actors such as Rajeshwari Sachdev, Manu Malik, Dolly Minhas, Akansha Sareen, Gaurav Sharma and many others will be part of this TV show.

You will also get to watch the online broadcast of this show on Hotstar official website and app.

Stay tuned to get exclusive updates from the television world. Also, don’t forget to check out audition details of upcoming reality shows.