Star Plus Vidrohi: Hemal Ingale to be part of Star Plus’s show 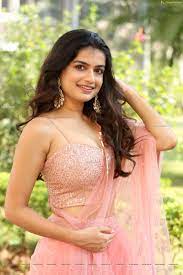 Star Plus is coming up with a brand new TV show very soon. the upcoming TV show on the channel is titled as Vidrohi. and it is going to be one of the most unique TV shows. The TV show will have a very interesting storyline. According to the Exclusive reports, actress Hemal Ingale will be playing a pivotal role in the show. check out complete details about it below.

Star Plus Vidrohi: Hemal Ingale to be part of Star Plus’s show

Star Plus Vidrohi will be produced by Gatha Production. and it will be a mythological show. The TV show will have one of the popular actors and actresses playing interesting characters. Hemal Ingale will play a pivotal role in the show. she is a Marathi actress and model. she is mainly known for her role in the Telugu movie Husharuu.

The actress made her come back with the Marathi movie Ashi Hi Aashiqui. The movie was created by Sachin Pilgaonkar. While it will have Abhinay Berde in lead roles. Hemal Ingle will make her television debut in this series.

According to reports it is also reported that Sharad Malhotra will also play a key role in the show. While Sulgana Panigrahi will also be part of this TV show. The names of the complete cast members of the show will update on the page very soon.

Star Plus Vidrohi will hit TV screens very soon. More details about the starting date and complete plot of the show will update on the page very soon.