star pravah Aboli to hit tv screens on this date 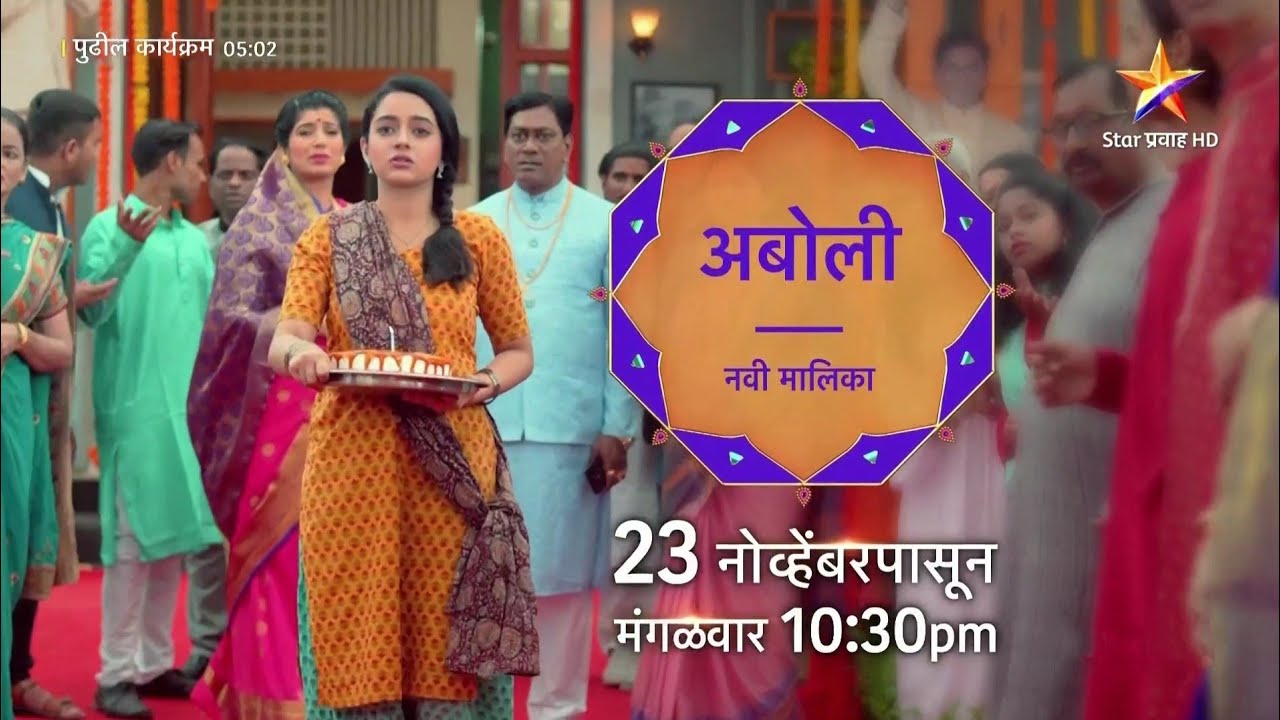 Star Pravah Aboli is creating a huge buzz among viewers. The TV will have a very interesting story line. While it will feature Sachit Patil in the lead role. Now the official starting date of the show is also revealed. so here are complete details about the starting date and broadcasting schedule of the show. Also, find out more information related to the full star cast of the show.

Star Pravah Aboli To Hit Tv Screens On This Date

Star Pravah is one of the popular TV channels in Maharashtra. They have launched a number of TV shows like Sukh Manje Nakki Kay Asta, Phulala Sugandha Maticha and the list goes on. Now the channel is gearing up to release this new show titled as Aboli. The poster of the show was out a few days ago. Fans are looking forward to watch this show.

The exclusive promo of the show is out. and finally, the official starting date of the show is revealed. The TV show will hit TV screens on 23rd November. It will broadcast on every Tuesday at 10:30 p.m.

The TV show will feature one of the most popular stars in the lead roles. Gauri Kulkarni will play the role of Aboli. The plot of the show revolves around Aboli. Her life is full of challenges.

Pratiksha Lonkar, Sharmishtha Raut, Sandesh Jadhav, and many more will be part of this TV show. The complete list will update on the page very soon.

The online telecast of the show will be available at anytime and anywhere. Hotstar’s official website and App will provide the online broadcast of the show. You can download the Hotstar app from the Google Play Store and App Store.