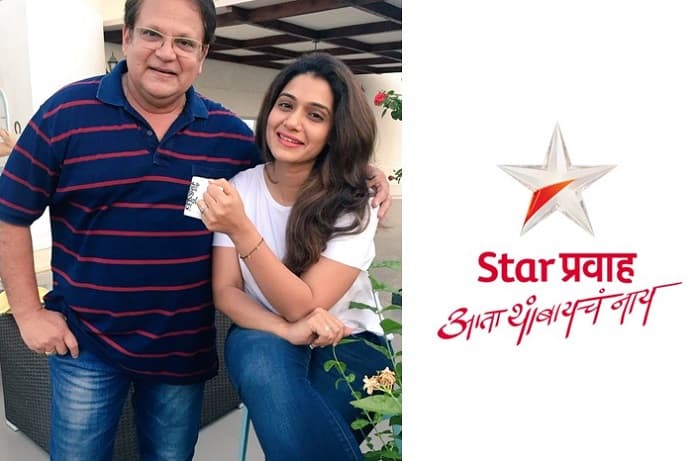 Mahesh Kothare has contributed a lot in Marathi film industry. While his work in the television industry is also very Popular. He has launched hit TV shows like Jay Malhar, Prem Poison Panga, Sukh Mhnaje Nakki Ky Asta, Kutumb Sahparivar. Now he is all set to come up with a new project very soon. This new project is titled as Dakhancha Raja Jyotiba.

The short teaser of this TV show is out on Star Pravah. Television lovers are really curious about the cast and broadcasting schedule of this TV show. But it is expected that the TV show will be on screens in a few days, as makers of the show have done the Bhumi Pujan for the shooting of the show.

Jyotiba Avatar of Lord Shiva is worshipped by farmers. Lord Jyotiba is also Kuldaivat of so many people in Maharashtra. The TV show will feature some interesting facts and Stories related to the lord Jyotiba. It will be really exciting to watch some unheard stories of the Dakhancha Raja Jyotiba.

The cast members of the Dakhancha Raja Jyotiba are not announced yet. It will be really exciting to see who will play the role of Lord Jyotiba. So Stick around here to get the exclusive updates from this new show.

Apart from the Dakhancha Raja Jyotiba, Star Pravah will be coming up with shows like Mulgi Zali Ho, Phulala Sugandh Maticha.

Stay tuned here to get the latest updates from new tv shows. Also, don’t forget to check out the audition updates of the upcoming television reality show.