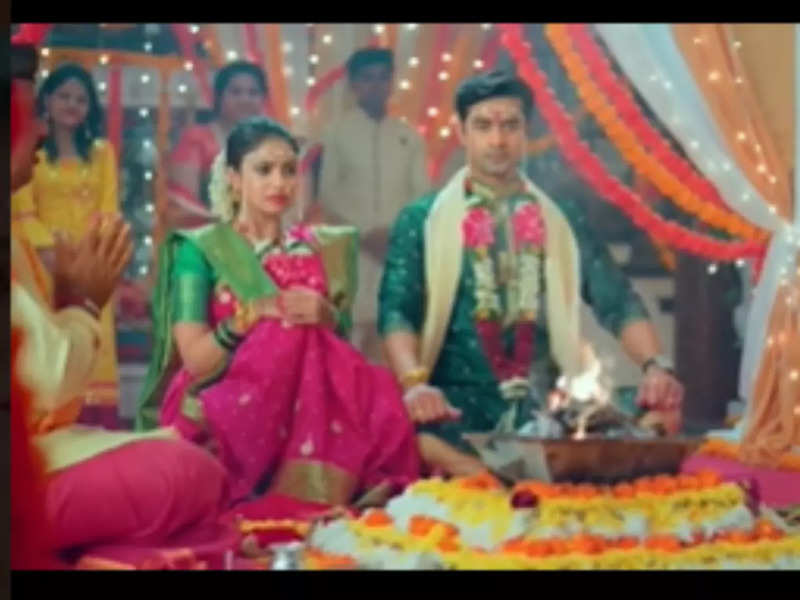 Star Pravah is getting ready to launch a new television show shortly. Lagnachi Bedi is the title of the channel’s next television show. In a few days, the television show will premiere. The show’s trailer has been released. And the show’s storyline has certainly piqued the interest of fans. The official starting date of the show is revealed finally. Check out complete details about the starting date and broadcasting schedule here.

The TV show depicts the lives of a young police officer who married a woman in order to fulfill a promise he made to her father, who was dying. The woman, on the other hand, accuses him of killing her father. Later in the officer’s life, his lover reappears. The entire incident causes havoc in the lives of these three people.

The official starting date of the show is out. The tv show will hit tv screens on the 31st of January. and it will broadcast on every Monday to Saturday at 1:00 Pm. This is the only tv show that will be telecasted in Star Pravah’s Afternoon Slot.

Star Pravah is one of the most popular tv channels in Maharashtra. The tv channel has released a number of hit tv shows like Phulala  Sungandha Matcha, Aai Kuthe Kay Karte, Rang Majha Vegla. The channel is gearing up to launch a few new projects also.

The show’s online broadcast will be available at any time and from any location. The program will be broadcast online through Hotstar’s official website and app. The Hotstar App is available on the Google Play Store and the App Store.

Stay tuned with us to get the latest updates from new tv shows. Also, don’t forget to check out audition updates of upcoming reality shows.