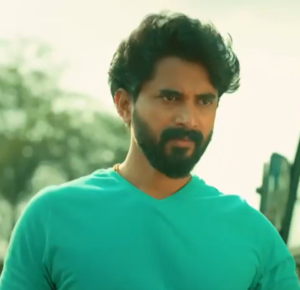 Star Pravah is all set to come up with a brand new TV show very soon. The upcoming TV show on the channel is titled as Pinky Cha Vijay Aso. The TV show is going to hit TV screens in a few days. and it is going to have a very interesting and entertaining plot. check out complete details about it below. also, find out more information related to the expected starting date of the show.

Pinky Cha Vijay Aso is going to be a romantic comedy-drama. The TV show will revolve around a girl named Pinky. It is expected that the plot of the show is going to be similar to the Nimki Mukhiya. The TV show will feature a story of a Pinky who live a very happening life. Her life is full of fun. While she is a very ambitious girl. It will be interesting to see what kind of role she will play.

The promo of the show is released. and it has received a huge amount of positive response from the fans. The  TV show is going to have Sharayu Sonawane in the lead role. while many talented actors are also going to play a key role in the show. The complete details about the star cast of the show will update on the page very soon.

Sharayu Sonawane was seen in Prem poison panga. and she was also part of Atli Batli Futli movie.

The TV show will release in the month of January. more details about the starting date and broadcasting schedule will available on the page very soon.

Stay tuned with us to get the latest updates from new TV shows. Also, don’t forget to check out the audition updates of the upcoming television reality show.