Star Singer Season 8 to have grand launch: check out some interesting details 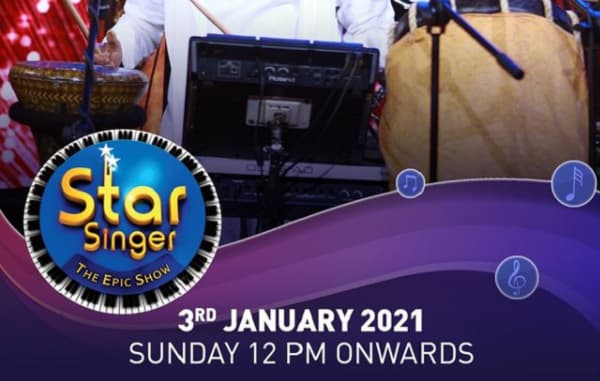 Star Singer is one of the popular singing television reality show in India. The TV show has successfully completed its seven seasons and now the makers of the show are all set to come up with the eighth season of the show very soon. The 8th season of the star singer is much awaited. And fans are extremely excited for the new season. Star Singer season 8 will have a grand launch. Here are some exciting details about Star Singer Season 8 Launch on 3 January 2021 on Asianet Channel.

The TV show will hit TV screens in the month of January. While it will have a 10-hour long launch event. It will take place on Sunday. Popular Mollywood actor Tovino Thomas will be the chief guest of the event. While the contestants and the judges of the show will be revealed on the premier day of Star Singer season 8.

Vijay Television Super Singer 8 start date, How to do…

Popular celebrities will join this Grand event. Stephen Devassy, Sivamani, SP Charan, Mano and other popular singers will perform a legendary song they will give tribute to legend Balasubrahmanyam.

While many talented entertainers will grace the stage of Star Singer season 8. Popular dancers like Asha Sarath, Navy Nair, Paris Laxmi will perform marvellous performances. Arya Dharmajaran and other comedians will add extra entertainment to the show by their comedian’s acts.

So catch the Exclusive premiere of Star Singer season 8 on Asianet on 3rd January. It will premiere at 12:00 p.m. The online broadcast will be available on the Hotstar official website.

The final audition of the Star Singer season 8 was aired on TV. the TV show will be hosted by anchor Jewel Mary. KS Chitra, Manjari, G Venugopal, and music director Sarath will be on the judging panel of the show.